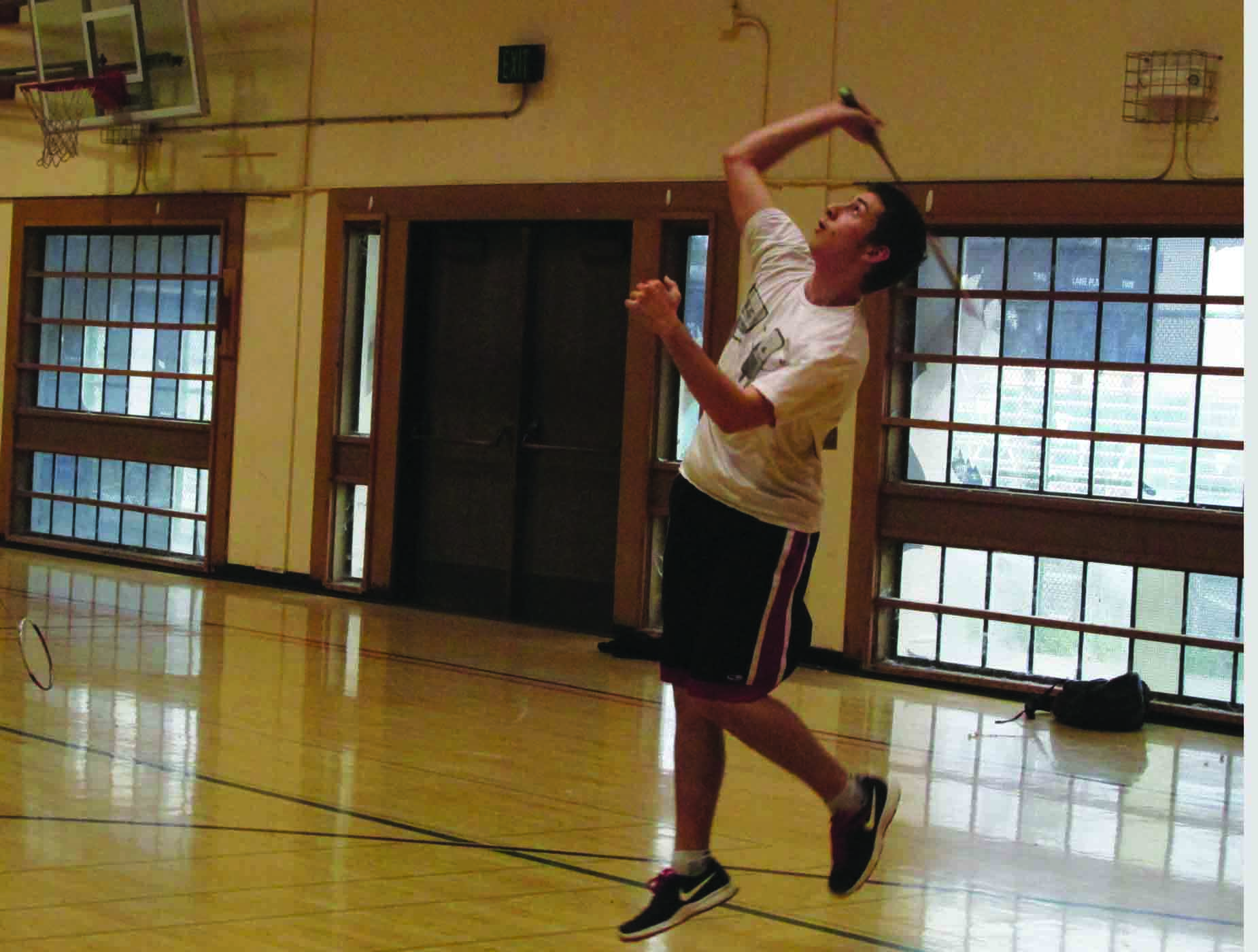 Senior Bryce Verplanke smashes the birdie at a practice before the season starts.

The team has completed a long and tedious tryout process, and are now starting to train for preseason matches. Head Coach Wesley Hsieh is pleased with the new roster and hopes his players will work hard to get in shape.

“We have a lot more people on our roster this year than expected,” Hsieh said. “This is due to the high number of outstanding participants who tried out this year. My hope is that we use [the preseason] to build on our foundation and get people back into shape.”

Sophomore Eric Chiang thinks that with more practices and a stricter attendance policy, the team will be able to train harder and win more games.

“We have many more practices right now, compared to last year,” Chiang said. “[The team] has a new attendance policy now — three tardies and you’re off the team. With the team’s new rules, our discipline as a team will be better, hopefully that means more wins.”

The Santa Clara Valley Athletic League (SCVAL) has adopted last year’s junior varsity scoring format to all of this year’s varsity matches. Rather than playing each match as a best of three series to 15 points, each match has been reduced to one round played up to 21 points. However, despite Hsieh’s confidence in his team’s training, he emphasizes the importance of precision, especially given the new format of play.

“The 21-point system affects training, as we do less physical [conditioning] now,” Hsieh said. “The biggest challenge for our new varsity players is to keep the shuttle in play. The game just got a lot shorter for those who cannot [do this].”

Overall, Hsieh believes that given all the team and league changes this year, Paly’s overall outcome will be determined by the effort they put in from the start.

“What we need to improve on is our accuracy and consistency,” Hsieh said. “These components will help dictate if we win or lose during the season.”