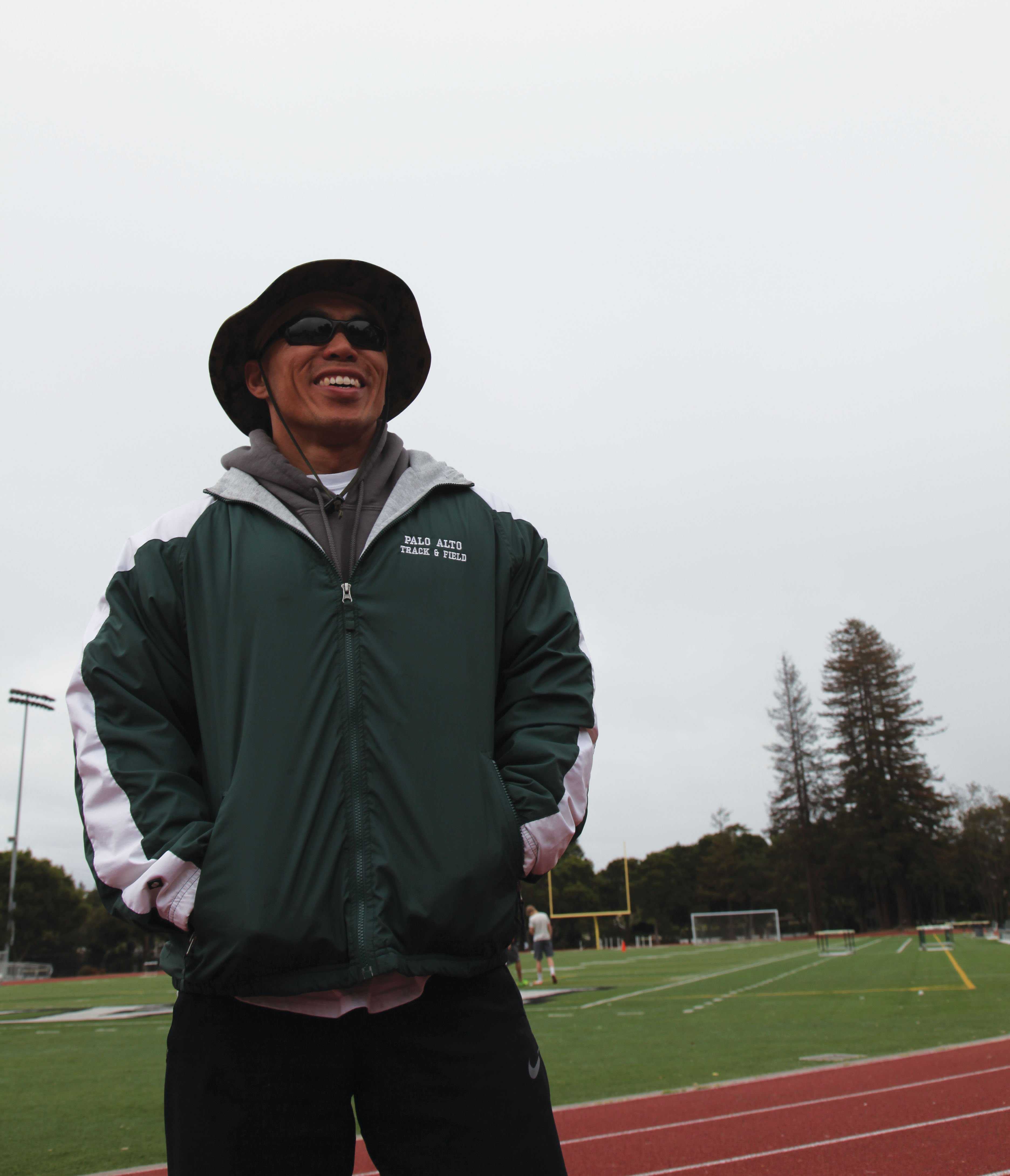 Athletics Department looks forward to a new era of leadership

After Athletic Director Earl Hansen announced his planned retirement backon Dec. 3, 2013, Palo Alto High School waited in anticipation for the decision regarding which individual would replace Hansen. The administration released the announcement earlier this month, reporting that longtime track coach and physical education teacher Jason Fung will take on this role beginning with the 2014-15 school year.

Fung was one of three candidates under serious consideration for the position. The first interview for the job was held on March 13, conducted by a panel of eight community members. The panel responsible for interviewing and making the final decision included several administrators, parents, students, colleagues and other coaches within the Paly community. After the initial interviews, Fung went through a second meeting with a smaller panel consisting of Principal Kim Diorio and Assistant Principals Victoria Kim and Kathie Laurence on March 19, and the final decision was released later that afternoon.

“I’m super excited; I think he’s going to be great,” Diorio said. “To me, Coach Fung really spoke to the heart and mind of teaching and leading and really being there for students.”

Fung has been a part of the Paly athletic community for over 35 years, including his time as a student athlete himself. He believes the promotion is an ideal opportunity for him to give back to a program that he participated in for so long.

“[The position] was a perfect opportunity to accept because it allowed me to have a hand in making this athletic program great,” Fung said. “It was an opportunity that allowed me to give back to a program that I was a part of for four years of high school and also 15 years of coaching.”

In order to accommodate the demands of the new position, Fung has slowly lessened his role as a track coach, while still assisting both the team and the new individual who will take over as head coach.

“I’m slowly trying to oversee the transition in track and help the new head coach understand the ins and outs of being head coach at Paly,” Fung said.

“I’ve asked him to take a year off from coaching, so he can really be there for all sports, not just football and track, which is what he is coaching,” Diorio adds.

Next year, Fung will also reduce his time teaching in order to focus more of the Athletic Director position.

“He will teach one period of P.E. and then he’ll be the AD for four periods,” Diorio said.

Hansen fully supports the panel’s decision of Fung as the new Athletic Director, and believes that his skills as a coach and educator will only further the program in the years to come.

“I think he’s gonna be great,” Hansen said. “He’s smart, he’s strong and he understands. Look at the sports he’s coaching: large groups of kids he’s organized and those are the kinds of things you have to look for in finding a new Athletic Director.”

In terms of his goals for the future, Fung hopes to carry on the prestige of the program Hansen will be leaving behind. He hopes to expand his presence and involvement within the athletic department, especially in terms of the students, parents and teachers involved.

“I’m hoping to just step in and continue our excellence,” Fung said. “[Through] being a presence in our sports through all the season, [making] sure the athletes and parents have someone to bounce ideas off of or help problem solve situations [and ensuring] that our coaching staff continues to strive to be great and to take opportunities given to them to improve.”

Fung’s visions to continue building and improving the athletic program set him apart from other applicants looking to acquire the position. Coupled with his support for students and connetion to the community this made him the ideal candiate, according to Diorio.

“He’s a real community builder, he loves Paly, he’s a Paly grad, he knows our kids, knows our campus, knows our teachers,” Diorio said. “I think he’s got a really good vision for athletics and supporting student athletes on our campus.”

With the planned demolition of the gym and the upcoming construction of the new athletic facilities in sight, Fung sees this as an opportunity to only expand the athletic program.

“I predict that our program will continue to be dominant and the facility will help those that are on the fence about being part of [the athletic program] to jump in and create great experiences for themselves,” Fung said. “This is an opportunity that has been presented to us and I see nothing but great opportunities for our athletes to excel in.”