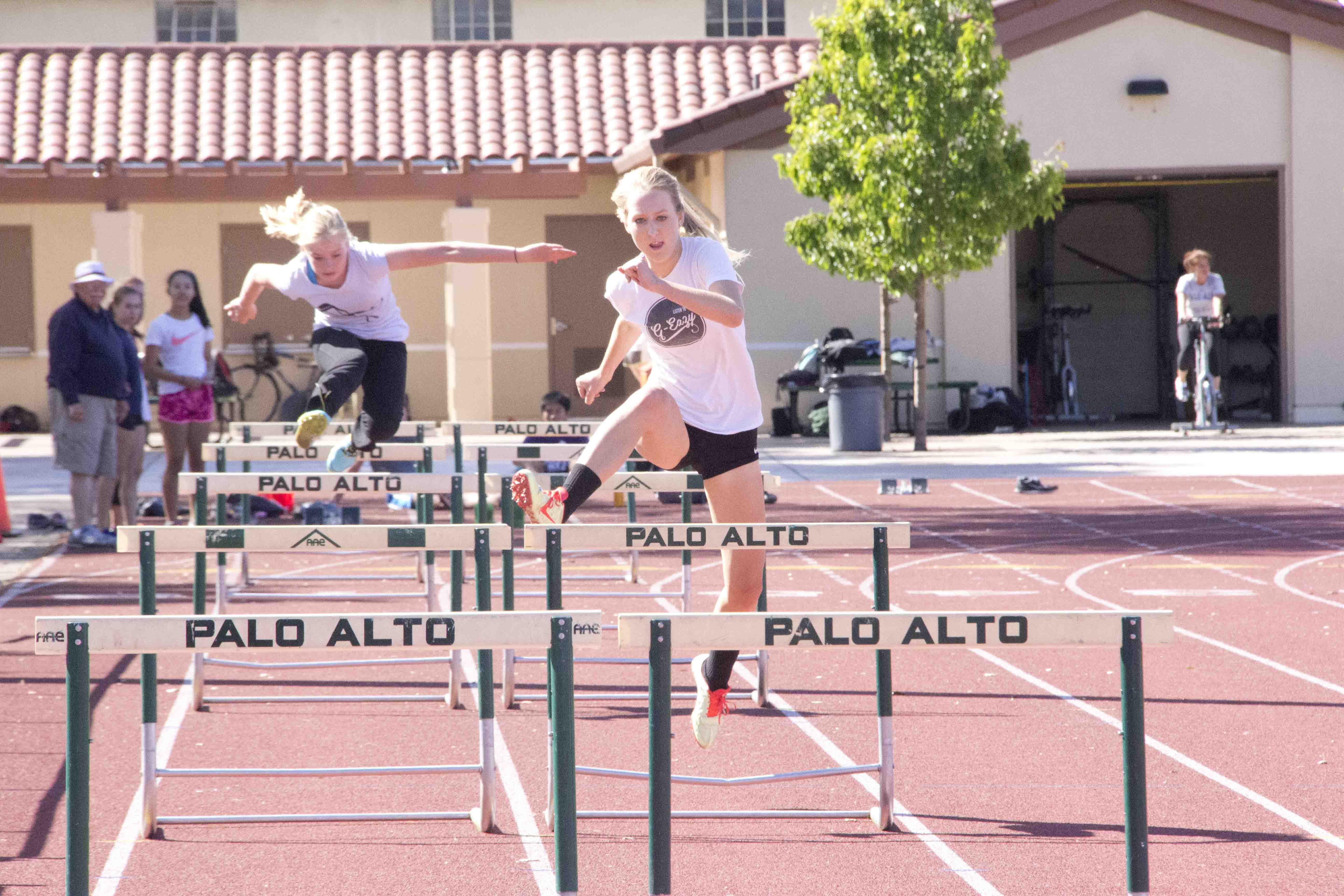 The track and field team practices at the Viking Stadium. Members of the team believe that focus at practice will be a key factor for success at upcoming meets.

“I think that everyone tried their hardest and we had some great performances, but Los Gatos is a really strong team – possibly the best in the league – so it was definitely a challenge,” sophomore Bryn Carlson said.

However, this loss was not unusual for the season. The boys varsity team has lost all four of their meets this year and the girls varsity has only won two of four — a major disappointment after winning the Santa Clara Valley Athletic League (SCVAL) the previous year.

According to Carlson, the team is still recuperating from the loss of several talented athletes who graduated last year. Also, there are significant holes in the team, particularly in the field events, causing Paly’s team to give up points in those events every meet.

“With a lot of holes in our team right now… we lose 18 points with the throwers almost every meet for the varsity boys,” sophomore Samuel Desré said. “Then it is hard to make up those points [in] the running events.”

Carlson also thinks the addition of new coaches this season has have contributed to this year’s team dynamic.

Sophomore Eli Givens believes that some of the athletes are not taking practice as seriously as they should be. If they tried harder at practice, Givens believes  that the team has a better chance of winning.

“For us to improve we need to work harder in practice,” Givens said. “We need people to step up. We need to get more focus and take practices more seriously.”

The boys 4×100 meter team won against Los Gatos. Though neither Carlson nor Desré thought they performed their best against Los Gatos, Carlson placed first in the 1 mile and 2 mile events and Desré placed third in the 2 mile. Givens came in first in the long jump, 200 meter and 100 meter, clocking in at 10.77  seconds for the 100 meter — the current fastest time in Central Coast Section.

The next meet is May 1 at Milpitas High School. After a week of solid practice, Givens thinks victory is achievable.

“We will come out strong,” Givens said. “We have a good chance.”