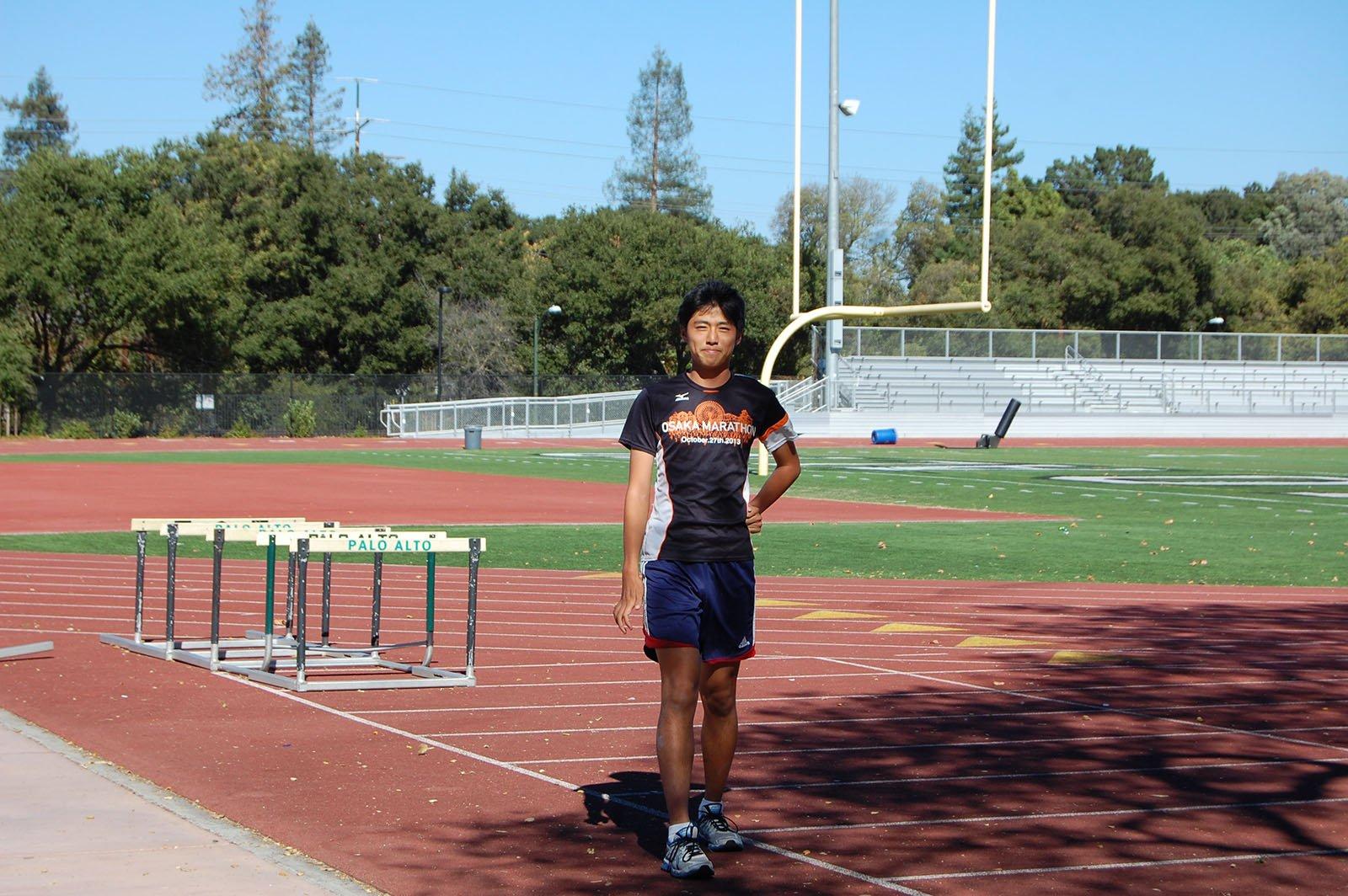 Cross country team off to an exceptional start

The Palo Alto High School cross country team is off to a great start this season after first place wins in freshman, sophomore and junior boys at the scrimmage with Henry M. Gunn High School on Sept. 4.

The girls cross country team has been off to a strong start as well.

“My goal this year is to go to States,” Feeley said. “It is a realistic goal and if people stay healthy it is definitely a possibility.”

Jones also has similar goals for the girls team this season.

“[My] goals are to improve results in both [the] Santa Clara Valley Athletic League (SCVAL) and [in] Central Coast Section (CCS) and hopefully qualify for State,” Jones said.

Feeley has been the head coach for boys cross country since last year. It will be her third year coaching at Paly this spring.

Last fall, the boys’ team suceeded in placing at CCS. They went to CCS by placing third at the league meet. At CCS, they placed ninth.

“That placing would have been much higher had we had a healthy team,” Feeley said. “Our top runner, Lucas Matison was injured and he had ran a CCS winning time two weeks prior to the meet but unfortunately was unable to run.”

Junior Sergio Valente, a first year runner on Paly’s cross country boys team, comments that the team is made up of mostly younger runners.

“We definitely have more freshmen and sophomores than we have juniors and seniors,” Valente said.

Junior Andrew Baer, who has been on the cross country team since freshman year, says that many of the new freshman are talented athletes. Baer pointed to sophomore Kent Slaney, junior Samuel Desre and senior Lucas Matison as some of the fastest runners on the team. Unfortunately, Slaney was injured and could not run his race at the Gunn meet, although Desre had a good run and finished first in his event.

Feeley predicts that the boys cross country team will have sixth and seventh place be the tie breakers.

“I feel like we will have another successful season even though we have a very young team,” Feeley said.