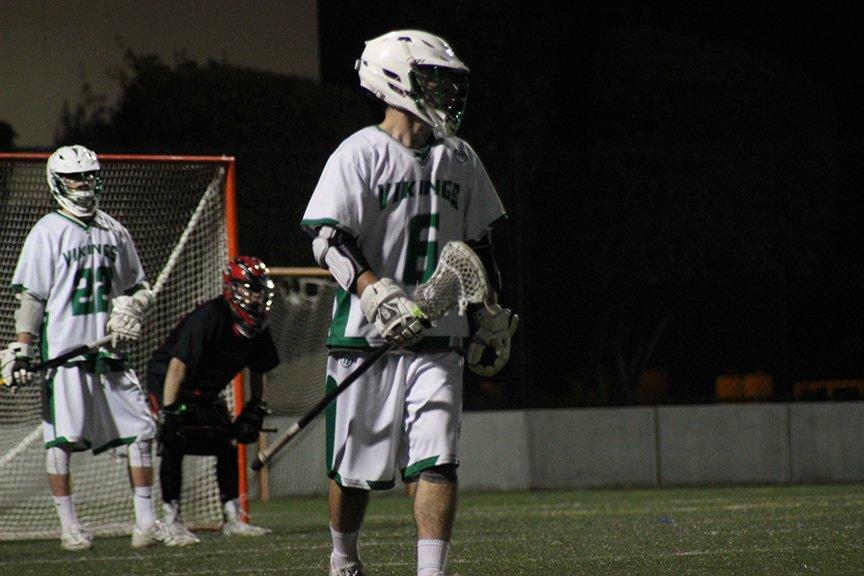 Attackmen Matt Selignson and Cole Tierney wait for the defense to clear the ball.

Boys lacrosse off to good start in first league games

The Vikings have experienced a difficult preseason schedule that has included games against several tough opponents. The team opened with a 12-10 win against Archbishop Mitty High School, with senior Zach Levitan scoring three goals. However, the win was followed by three straight losses.

Despite shoulder injuries to seniors Owen Staiger and Levitan, the team has bounced back from its slow start. The Vikings opened league play with a dominating 11-3 win over rival Gunn High School, then carried its momentum into another win over Saratoga High School by a score of 16-5.

Injuries held several players out of a 10-3 loss to Los Gatos High School, but the team received important contributions from junior Matthew Seligson and sophomore Hayden Libbey. They followed that with a 20-4 rout of Leland.

Levitan was impressed with his teammates ability to respond to their early defeats.

“We struggled early and had a tough preseason schedule, but we’ve been playing well recently even with all of our injuries,” Levitan said.

With a 3-1 league record, the boys still have a serious shot at bringing home a league title. The Vikings next play against Los Altos High School on March 27.