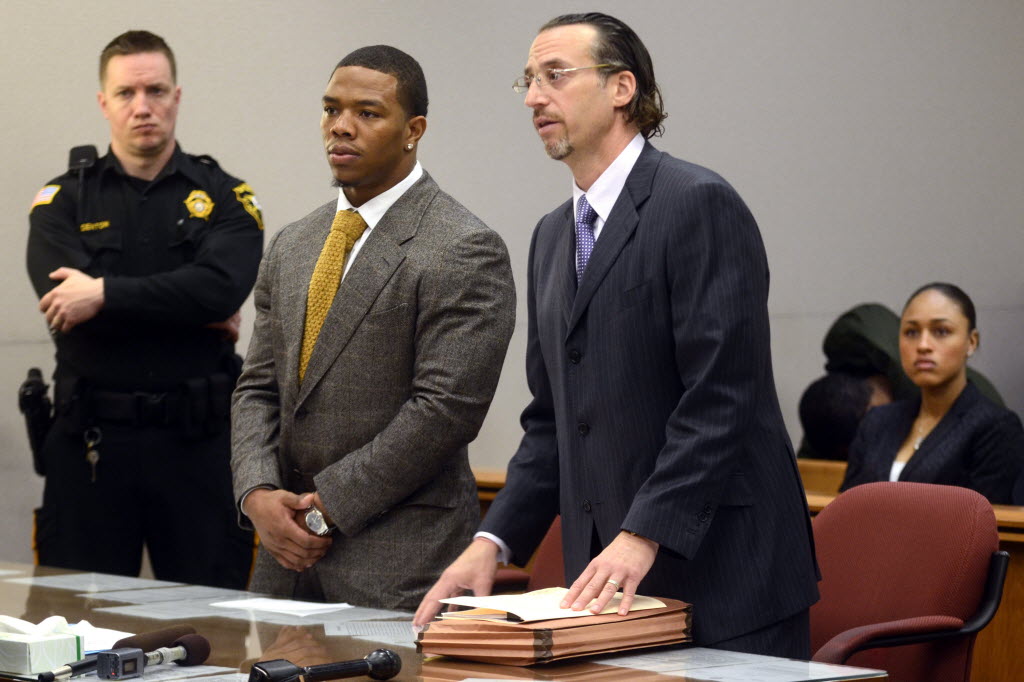 Former Baltimore Ravens running back was charged for domestic violence against his wife after video evidence was released.

Sports
September 18, 2015
Crime in the National Football League (NFL) has plagued many athletes, halting their careers with lawsuits and trials. Criminal charges have been a concern for many years now following scandals such as the Aaron Hernandez murder, Ray Rice’s domestic violence and Michael Vick’s dogfighting. Although fans are concerned, many seem to ignore the criminal backgrounds and only pay attention to players performing well in the games. With the 2015 season just beginning, several teams are nervous about losing star players facing accusations of possession of drugs, domestic violence or other charges.

Most fans block out the bad behavior of the players by only focusing on the performance of the athlete, but on Aug. 26, National Dog Day, residents of Pittsburgh from the “Justice with Animals” group gathered outside the Pittsburgh Steelers facility in protest of the recent signing of quarterback Vick. Vick, who was arrested for leading a dogfighting enterprise in 2007, is getting close to the end of his career in the NFL and currently playing as a backup quarterback on the Steelers. The protesters were fed up with the oblivious fans supporting violent and immature behavior of these athletes.

Athletes signed by the San Francisco 49ers have also joined the criminal path. Aldon Smith has recently been cut from the team for various violations of the law. Smith, an outside linebacker and one widely considered to be one of the best at his position, has been charged with a DUI and possession of marijuana. The NFL has banned him for an undisclosed number of games and due to the incident, he has been cut from the team. Because of wasting his talent and forcing the 49ers to cut him, Smith is now neglected by many fans of the 49ers who were hoping to have a good year.[pullquote speaker=”” photo=”” align=”left” background=”on” border=”all” shadow=”on”]Most fans block out the bad behavior of the players by only focusing on the performance of the athlete.[/pullquote]

According to Fansided Inc., 149 criminal offenses have been assault or battery charges resulting in suspension or ban from the league. For example, linebacker Ahmad Brooks, who has played for the 49ers since 2009, was recently convicted for domestic violence and sexual battery. Now, there is the possibility that the 49ers will cut him from the team because of the suspension the NFL may put on Brooks.

The NFL, while understanding that football is a violent sport, has repeatedly been sued by former players due to head injuries causing dementia. The violence and aggression that is practiced by the players is a large contribution to crime outside of the sport. NFL players are trained to be aggressive through childhood as well because of the inherent violence in football. This violence affects the behavior of the players who have had rough childhoods growing up to be an athlete.
Modern football denotes a gladiator related sport where spectators enjoy watching athletes attack each other for the reward of money and fame. This behavior of watching a fighting sport is demeaning towards the players’ minds, especially with the prodigious supply of money, bringing players to have trouble controlling themselves, which leads to them to become criminals.