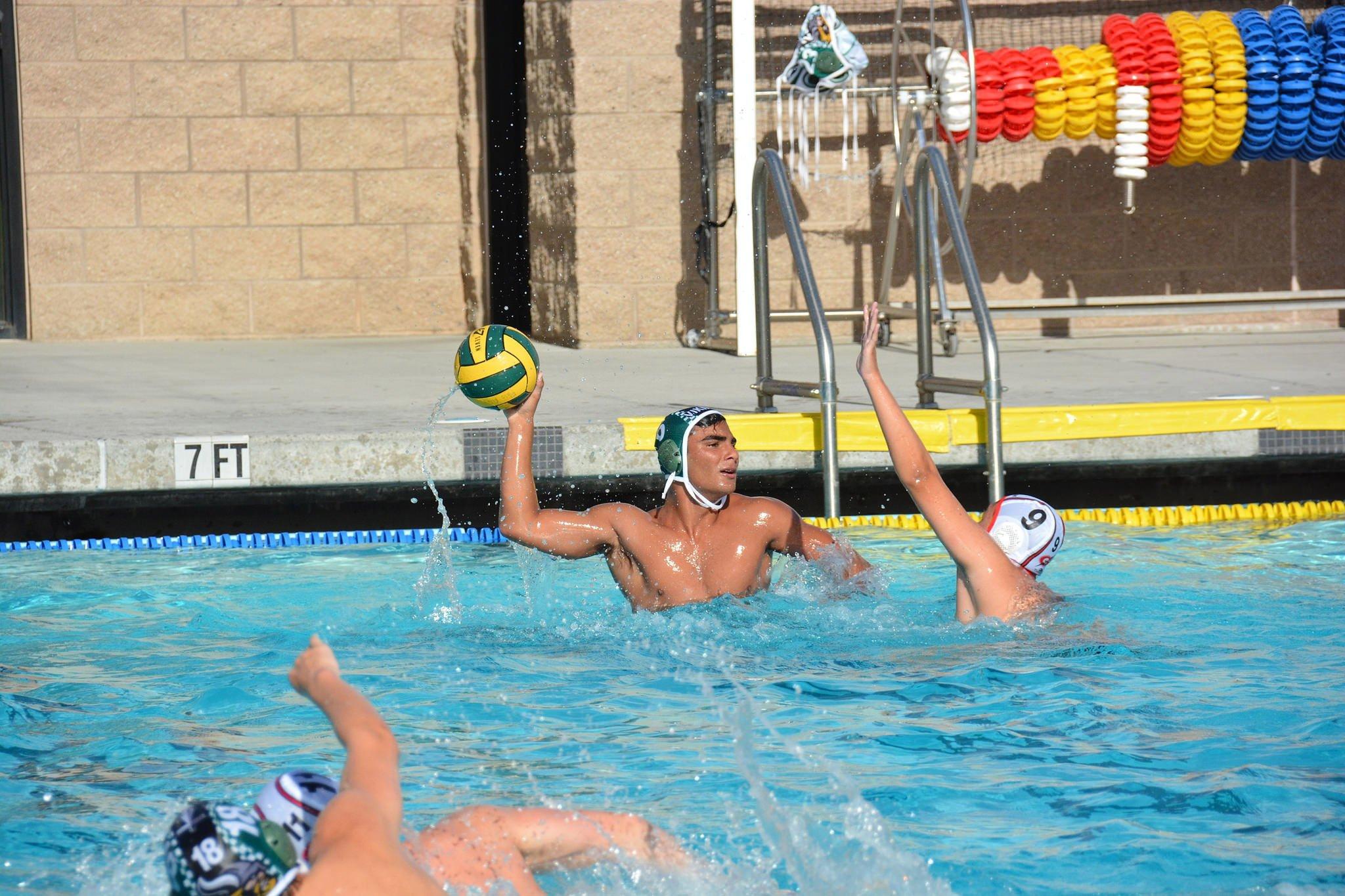 Senior Cameron Khan sets up for a shot against a Sacred Heart Preparatory defender.

The boys varsity water polo had its last home game of the season against Monta Vista High School, and lost its winning streak when Monta Vista took away the win on Oct. 20, ending the game with a score of 10-11. It was a very close match and the team fought hard, but ultimately the Monta Vista team showed its strength and won the game.

After their defeat, the boys are working hard to improve their playing in order to do well in the upcoming tournaments.

“We just need to work out some miscommunications in the water,” senior and captain Justyn Cheung said. “Once we get rid of that, I think we will be unstoppable.”

Earlier, the team had started to pick up its playing level when it played Mountain View High School on Oct. 13 and beat them 12-8 at home, making it its sixth win of the season. The energy from this game carried over to the next as the team played its rival, Henry M. Gunn High School.

The rivals faced off at Gunn, since the Palo Alto High School pool is closed this year, but the game ended in a win for the Vikings, with an ending score of 12-8.

“I feel really good about our win against Gunn,” Cheung said. “The team really pulled together and there was a lot of teamwork that helped bring us the win.”

The boys made big improvements and were able to redeem themselves from when they last played Gunn this season and lost 5-14. There are no future games scheduled against Gunn again, but it is very likely that the two teams will face off in the Santa Clara Valley Athletic League (SCVAL) tournament and the Central Coast Sectionals (CCS) tournament later in the season.

Finally, the team played Los Altos High School on Oct. 27. The boys were able to redeem themselves in a close match and beat Los Altos 12-10.

With both the SCVAL and CCS tournaments right around the corner, the boys have been trying to step up their game in order to excel at both tournaments.

“Our goal for the remainder of the season is probably just to hold our defense to the high standard that we have it at right now and work more cohesively on offense,” Cheung said.