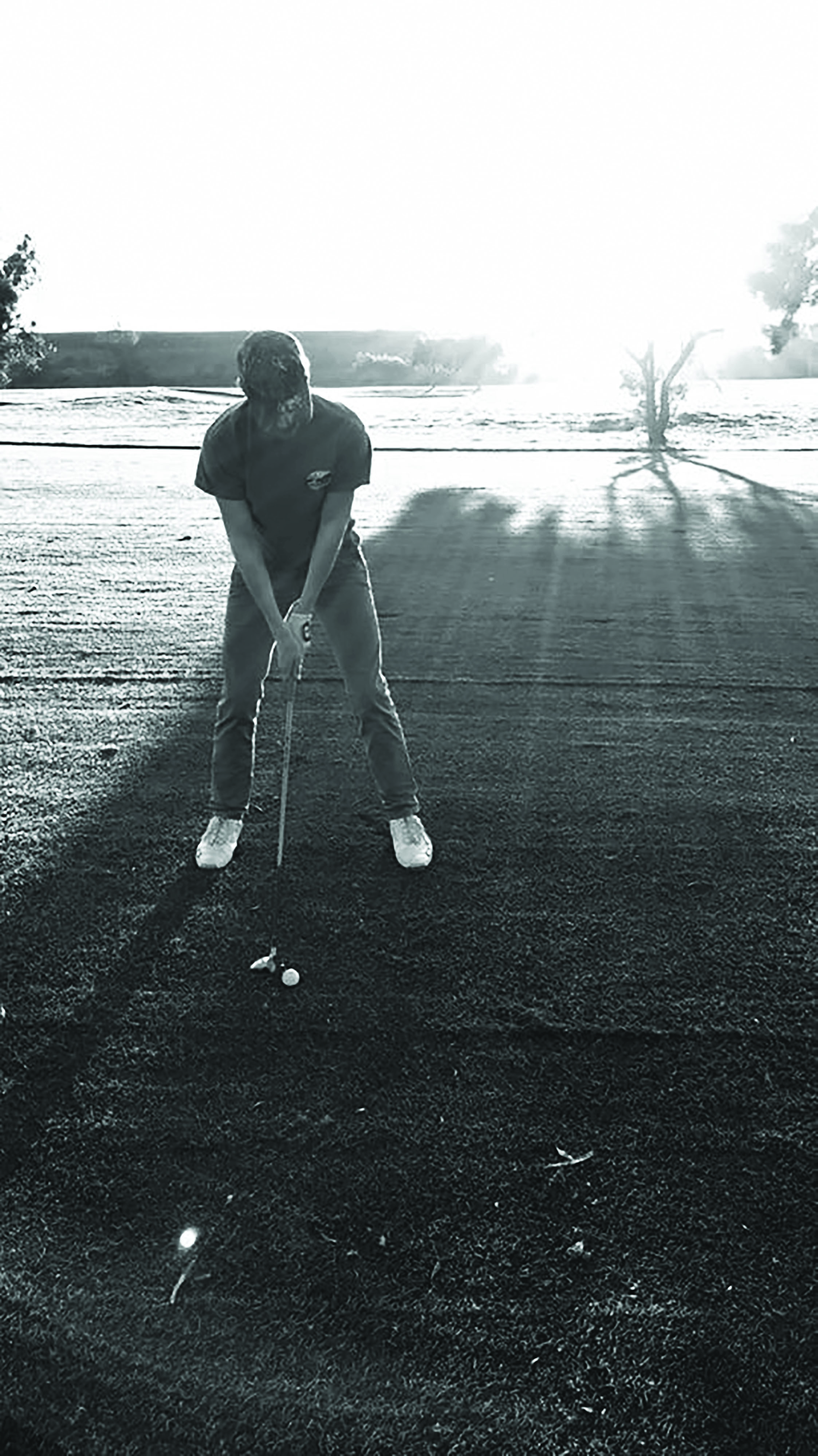 History will remember Feb. 29, 2016 as no more than a leap day, but this date also marks the immense foundation of a new era in pre-collegiate golf, laid down by the deft hands of Palo Alto High School’s boys golf team. The boys, who showed their substance that crisp winter day will live on in the archives of historians as some the finest young athletes to ever have graced the links at Sharon Heights Golf and Country Club in Menlo Park.

In its inaugural match of the 2016 season, the team put forth a half dozen of its strapping lads to take on the cunning Gators of Menlo Park’s Sacred Heart Preparatory School. Though the territory was more familiar to the latter than the former, a ferocious display of prowess by the Vikings propelled them to a final victory of 192-211 — a respectable margin by all accounts.

The winning effort was led by the blistering clubs of Paly sophomores Sergi Mata, Joonsung Ha and Ahmed Ali, all of whom are being scouted by college programs. Ha and Ali each shot 38 strokes while Mata shot 33 strokes.

Junior Timothy Liu, a seasoned veteran in his third year on the golf team, was impressed with the performances thus far.

“Pretty well” is an understatement. In the second match of the season on Mar. 3, fresh off their pounding of Sacred Heart, the boys squared up against Mountain View: a subsequent Viking onslaught ensued.

At their home course, Paly smote the rival Spartans with two 1-over 37s by Ali and Mata and a 2-under 35 (including three birdies) from senior Matthew Lewis. Senior Henry Gordon pitched in with a 38 and Ha sealed the deal with a 40.

Aside from a star-studded starting six, the team’s 12-man roster is deep with talent, and there is still vigorous competition for the top-6 positions.

“The guys that aren’t quite at the top 6 yet aren’t too far away, so they’re battling it out in efforts to get there and start in matches,” Liu said.

However, jostling for top spots does not seem to be having a negative impact when it comes time to suit up and hit the links.

“Overall, I’d say we’re looking really good this year and I’m looking forward to the rest of the season,” Liu said. “We’re going to be facing some good competition but I feel confident about the team.”

The boys also played a tourney against LaSalle on March 14,  and are ready to tee off again against hapless Mountain View on March 24.