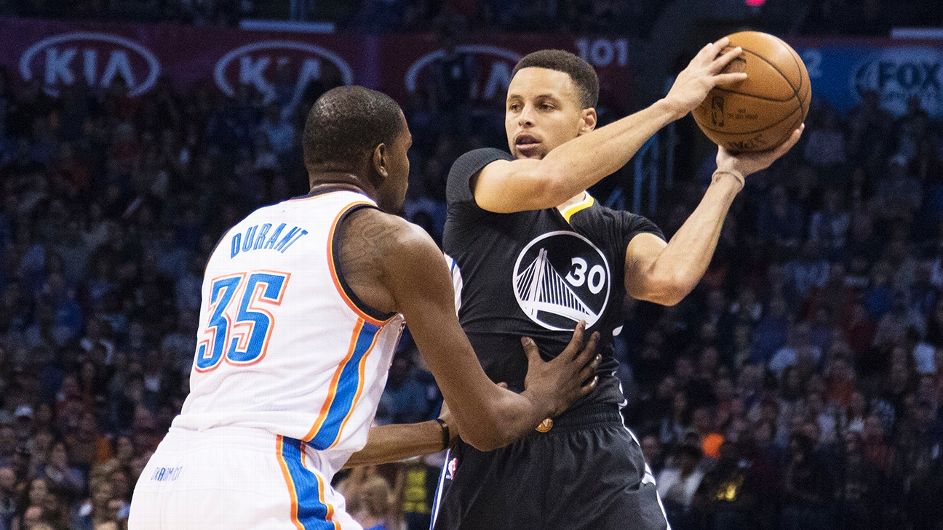 Conferencial layout of the NBA playoffs is unbalanced

Sam Yun
Sports
May 18, 2016
You either win or you go home. That’s the mindset of every athlete heading into the playoffs for any professional sport. But, if you’re not playing for the Cleveland Cavaliers and you’re in the Eastern Conference, it’s win and go home. With Lebron James leading the team dominating the East, it seems almost impossible for any opponent to beat them in a 7-game series. In the first round, the Detroit Pistons stood no chance against the Cleveland machine. The Atlanta Hawks — after celebrating a well deserved victory against the Boston Celtics — were also swept out of the running by the King’s royal broom.

However, on the other side of the league, many matchups resulted in bitter struggles. In the Western Conference Semifinals, the battle between the Oklahoma City Thunder and the San Antonio Spurs proved to be one of the highlights of the National Basketball Association (NBA) playoffs. Simultaneously, the Golden State Warriors had an eventful 5-game victory over the Portland Trailblazers. The winner of the Western Conference Finals generally emerges as the 2016 NBA Champion.

This raises a fundamental question: is it really fair for most Eastern Conference teams to have such a slim chance at success against a single dominant team while all of the teams in the West are fighting for survival? Should the Los Angeles Clippers really have been eliminated in the first round of the playoffs by the rebuilding Trailblazers? Once again, the East is sending an inferior team to the finals against a better team from the West. The structure of the NBA playoffs is not the most effective way for the champion to be determined.

A simple alternative could be to follow a March Madness-style playoff bracket where conferences are ignored and games are seeded in accordance with regular season records. After all, the antiquated conference structure currently in place is no longer relevant, given that it was originally created to make travelling less of a burden. Commuting is much easier in the 21st century and with so many teams relocating — like the New Orleans Pelicans in the Western Conference — interconference games are no longer achieving the travel efficiency within the proximity it was originally intended to.

In this modified bracket, the top seeded team would play the 16th, the second seeded team against the 15th, and so on. Eventually, the most deserving teams in the NBA would be playing against each other in the later rounds, resolving the issue of having an inferior team waltz its way into the finals.

For a more fine-tuned balancing of the first round, the 16th, 17th and 18th seeds could play a mini elimination round prior to the start of the playoffs to determine who should earn the spot to play against the top seed. The 17th and 18th seeded teams would play in the first round of the pre-playoff elimination games in a single-elimination game and the victor would play against the sixteenth team. The remaining team would ultimately get to face the top seeded team in the NBA, albeit with some slight imbalance.

The NBA playoffs should be what they are advertised to be: a tournament for the league’s best teams. As of now,  it is not.