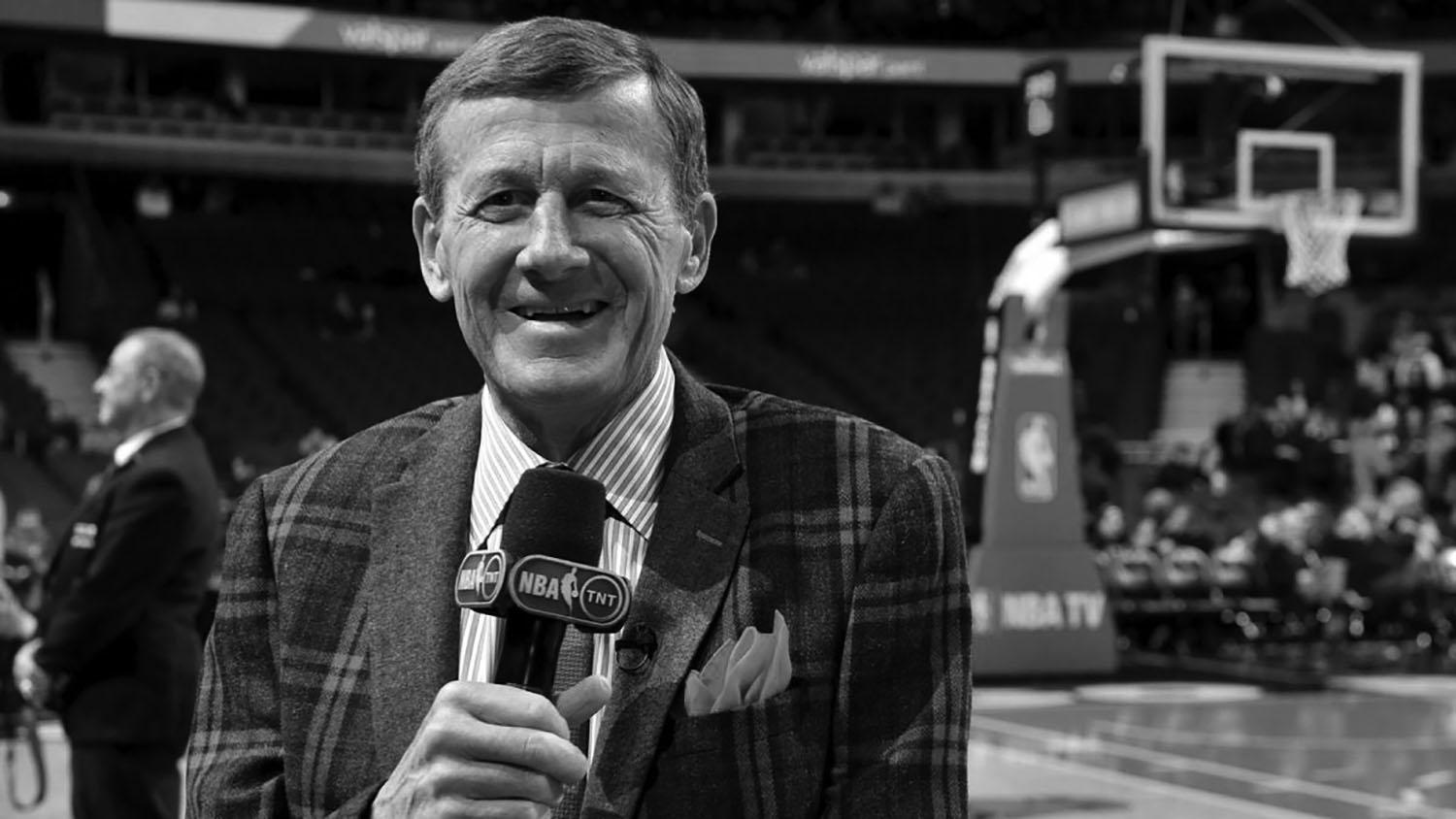 Craig Sager, a well-known sideline reporter in the NBA, is not only recognized for his professionalism but also for his outgoing, quirky attitude in interviews with NBA personnel.

As the 2016 National Basketball Association (NBA) playoffs begin in earnest, viewers can expect a flurry of exaggerated media attention to accompany them, composed mainly of more Lebron and Curry stats, ridiculous series predictions, reasonable series predictions, at least one coach tearing up, another getting fired and an increase in gaudy suits on the sideline.

The sartorial piece can be attributed to Turner Network Television (TNT) sideline reporter Craig Sager, whose notoriously ill-colored attire is one of many reasons that he is a fan favorite among the Turner Sports’ studio team.

Unfortunately, in early 2014, Sager was diagnosed with acute myeloid leukemia that forced him to miss the entirety of the 2014 NBA Playoffs. His son Craig Jr. was a match for the bone marrow transplant needed to push Sager’s cancer into remission; however, in March 2016, Sager announced that his cancer had reemerged, accompanied by a grim prognosis: a 3-6 month timeline to live.

He is currently undergoing his second round of chemotherapy to treat the new diagnosis.

The announcement came in a statement issued by Turner Sports, in which Sager clarified that the 3-6 month estimate was “for a patient who is not receiving treatment”.

“Fortunately, I am receiving the best treatment in the world,” Sager said. “I remain fully confident I will win this battle.”

Sager began his broadcasting career in 1972 when he started work as a reporter for WXLT radio. He then joined Cable News Network in 1981, where he was an anchor on a college football show.

Now, in his 17th season as a reporter for TNT, Sager is venerated as part of the elite group of sportscasters with over 40 years of experience. Sager, 64, currently reports alongside David Aldridge and Rachel Nichols as the primary sideline correspondents for the NBA on TNT.

Sager’s first moment in the national spotlight came in 1974, when he was still reporting for WXLT. Hank Aaron had just hit his 715th career homerun, breaking the record at the time.

Sager was dressed in a knee-length white overcoat that was blindingly noticeable to those present or watching the television footage.

In the 42 years since the Hank Aaron interview, Sager has evolved into the beloved industry figure he is today. The relationships he has formed with players, coaches and other reporters have been built up over the many seasons that Sager has spent on the sidelines.

They were always dignified and professional, but never lacking in an air of camaraderie. Sager’s most notable connection was with San Antonio Spurs Coach Gregg Popovich, who is known for being reclusive and withdrawn. He never failed to conduct his interviews in his distinctive clothing, a style that earned him an unforgettable remark from Kevin Garnett in 2009: “You take this outfit home, and you burn it.”

The NBA Playoffs are every basketball fan’s favorite time of the year, but the 2017 season might not be the same as ones in recent history.

The popular “#SagerStrong” has become a term of social media reverence for the fan-favorite Sager, who drives one of the longest commutes in four hours each day from Houston to San Antonio and back in the morning despite being in the middle of chemotherapy. This is a another testament to how passionate and dedicated Sager is about sports, especially basketball.

His legacy is already as strong as his interviews and as interesting as his wardrobe, so here’s to hoping he can continue to be the one reporter who succeeds in giving Popovich a hard time.