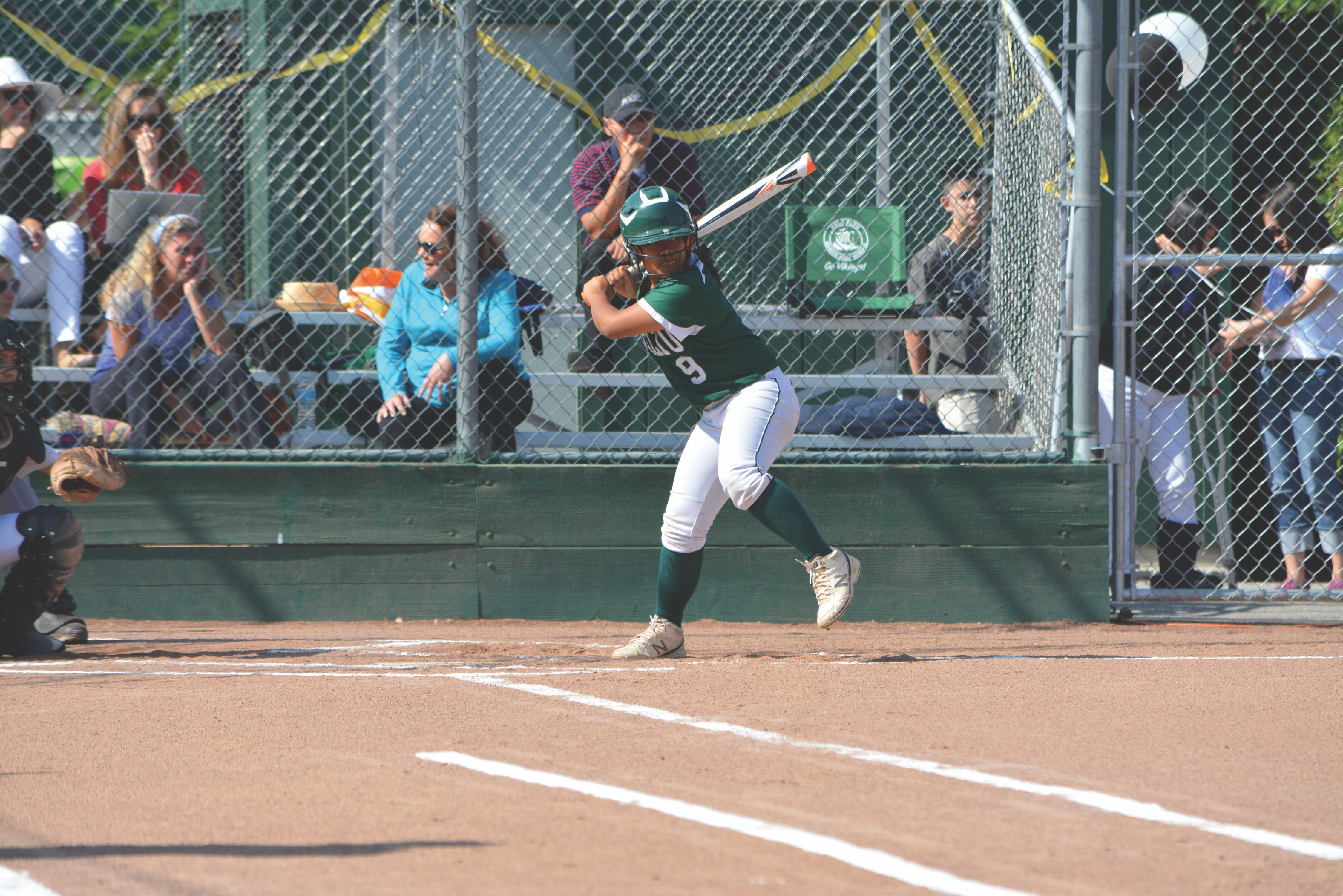 Sam Yun
Sports
May 19, 2016
The Palo Alto High School softball team has been eliminated from contending in a postseason run after suffering a devastating 4-3 loss against Fremont High School on May 10. The girls currently hold a 7-15 overall record and a 5-6 league record, which places them fifth in the league, behind rivals Henry M. Gunn High School.

The match against Fremont started off with three runs in the second inning from three separate Vikes, freshman Sydney Liu, sophomore Elizabeth Schnaubelt and junior Madeleine Frick. However, this was the only time that Paly would score this game, allowing Fremont to catch up and surpass the girls by the sixth inning.

The Vikings also lost a crucial league game against Santa Clara High School on May 3. The girls trailed early in the third inning but gained a 2-1 lead in the fourth inning. Despite being ahead, the Vikes gave up three runs to Santa Clara, leaving the team with an upsetting 4-2 loss.

These two losses, along with some of the struggles that the team has seen throughout the season helped the players recognize a specific weak link in their team. The team’s chemistry was not completely smooth this year, making it difficult for the girls to work as one cohesive unit.

“[We] were not able to work as a team for more than a year,” senior Jesse Kim said. “This was the first year that our coach and our team bonded, but it’s hard to build a strong team in one year.”

However, despite these problems, Paly is seeing success against schools outside of their league. In a hard-fought match against Pinewood High School, Paly ultimately came out with a 8-7 win. Both teams got onto the scoreboard in the third inning with Palo Alto trailing by only one run, entering the fourth inning  with a 3-4 game.

However, the Vikings took a commanding lead in the fifth inning, outscoring Pinewood 4-1. The girls built on this lead throughout the end of the game and emerged victorious.

“Our greatest success… was that we have the confidence that we can win and that one bad inning wouldn’t end it all,” Kim said. “We stopped thinking that doing well was a fluke and realized that doing badly meant we just weren’t focused that moment. Our mindset changed and that’ll help us next year if we start out this way.”

However, the future looks very bright for the young, emerging team, and veterans are expecting great outcomes from the younger players.

“I believe next year the team will do better because the chemistry is already mainly there,” Kim said. “I’m glad the team is relatively young — seven out of 10 are underclassmen — allowing them to really come together over the next few years.”