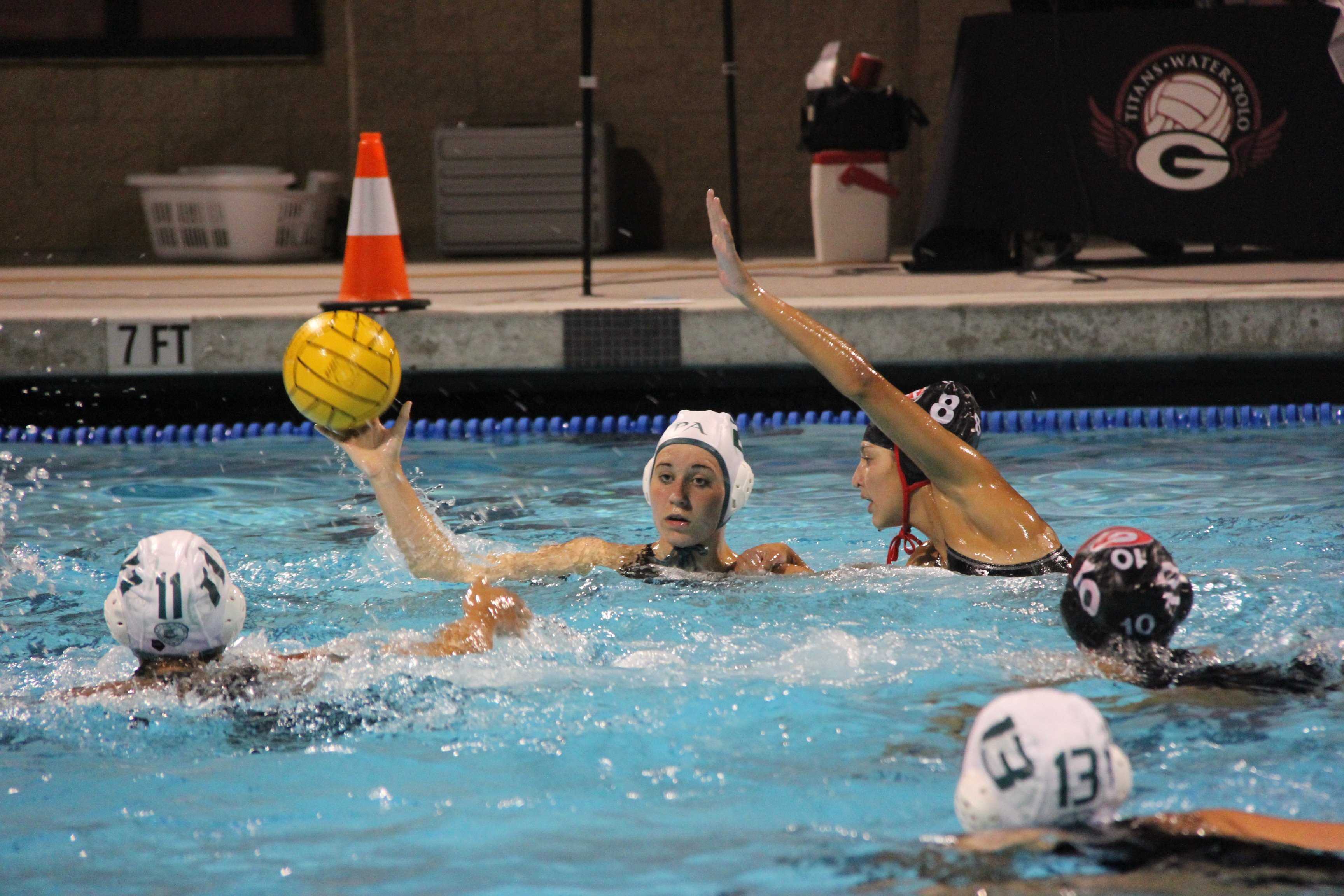 After a discouraging 8-5 loss against the Los Altos High School Eagles at the Santa Clara Valley Athletic League (SCVAL) Championship on Oct. 27, the team found themselves in a position they had come to know all too well over the course of the season. But this time, the Lady Vikes were prepared for the onslaught that was in their path.

“We had a challenging stretch ahead but we’re hardworking and very resilient,” said junior Alyssa Ibuyan. “Our coach had faith in us and we believe in one another very much.”

This belief in one another and the mutual trust between teammates proved to quickly become a rallying cry for the team. With their season on the line, the team proved once again that 2016 is the year of comebacks.What happened next was no less than a massacre, the likes of which have not been seen since the last Paly-Gunn football game.

Junior Sophie Frick led the onslaught with four goals, and freshman Chesnie Cheung quickly caught fire, torching the Pioneers for six goals, four steals and two assists. The Lady Vikes passed the ball, with six different players all aiding in the demolition of Cupertino’s water polo program. Thirsty for more victims, the team then played Fremont High School in what can only be described as a defensive thriller. As usual, goalkeeper Joanna Falla became a brick wall, if  brick walls were impenetrable to the velocity of water polo ball that Falla has by now become accustomed to. The team eventually ground out a 4-3 win, riding Falla’s godlike abilities in the goal to what was later described as a win that was almost too easy to obtain.

Three short days later, the team headed to Salinas for the first round of the CCS playoffs to face Salinas High School. Once again, the team put on a performance rarely matched in sheer obliteration. The team scored in every quarter, including a five-goal second quarter which more or less ordered the funeral service for Salinas High School’s season.

Riding a three game win streak, it seemed as though the return of the messiah was at last upon us. As the squad rolled into Atherton on Nov. 3 to take on the mighty Menlo-Atherton Bears, the entirety of Palo Alto High School held its breath.

The Bears put up a good fight, but, much like actual bears, were slaughtered out of the state of California as the Vikings sealed the stamp on their magical season with 12-6 win.

But all good things must come to an end. On Nov. 5, the world stopped and watched Palo Alto’s favorite girls water polo team engage in a fearsome crusade against the Leland High School Chargers with their season on the line.

But the magic simply ran out for the Lady Vikes, who suffered a 15-8 defeat at the hands of the Chargers. However, the season was not  yet lost. Instead, the team made it all the way to the quarterfinals of the CCS championship, a long way for a team who at one point looked more lost than Gucci Mane in excessive amounts of sauce.

Indeed, the team proved its doubters wrong in this aspect.  While most expected the team to lose in the first round of the playoffs, the team caught fire and won not only a string of playoff games, but also the hearts of Palo Alto.