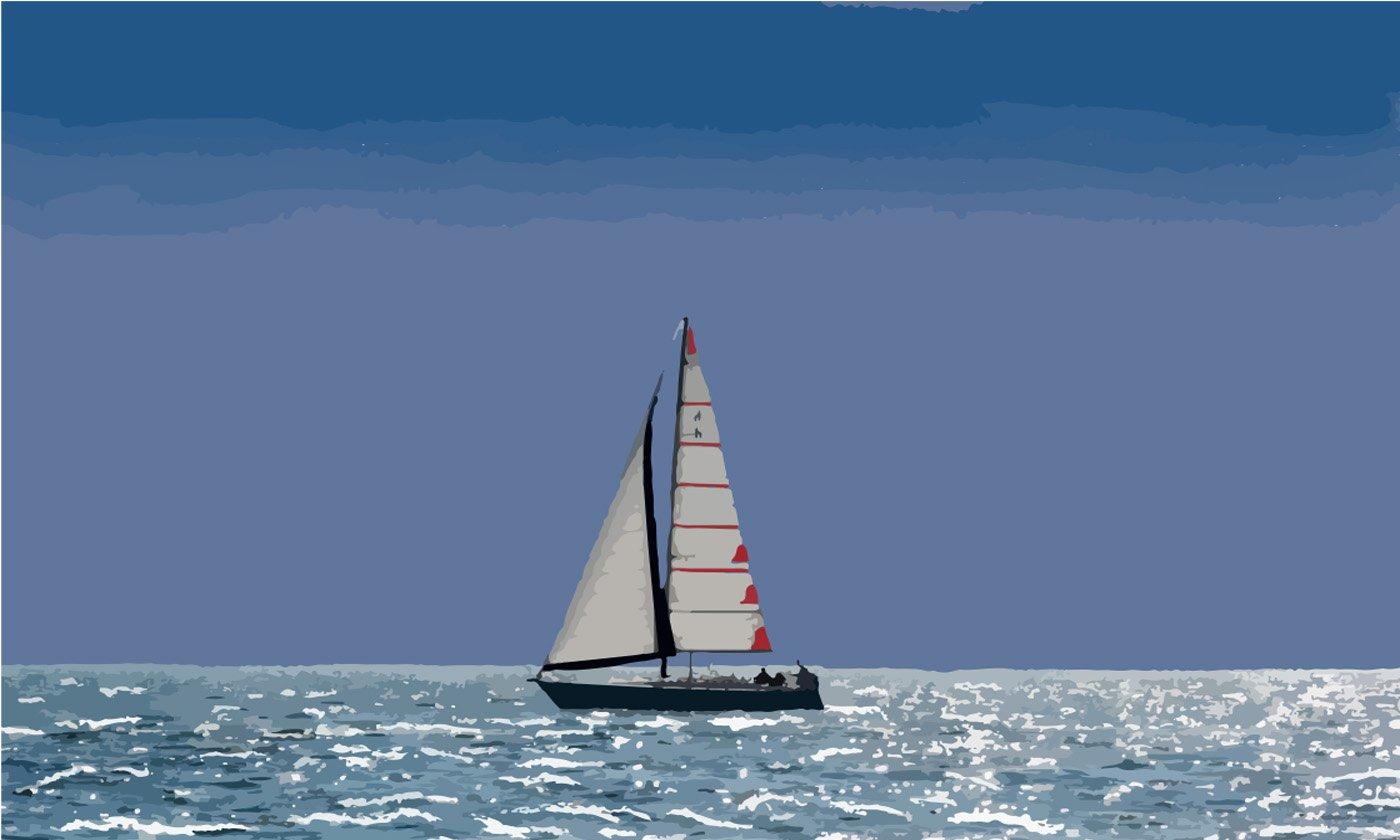 Staff Writer
Showcase
December 6, 2016
Off the sparkling waters of the San Francisco Bay shines late afternoon light, illuminating the giant cargo vessels heading towards their destinations, the immense shipping ports of the East Bay. However, not all is quiet on the western front of the Bay.

In stark contrast to the dull, monotonous roar coming from the shores of Oakland and San Francisco, a fleet of boats, sleek and nimble, tear through the waters off the coast of Redwood City. It is here that several sailors from the sailing team of Peninsula Youth Sailing Association (PYSF) train for regattas across the nation.

Sailing is an afterthought in the realm of American sports, and often takes a backseat to more popular water sports, such as swimming, crew and water polo. Its popularity briefly surged in 2013, with the dramatic comeback victory of the Oracle team in America’s Cup. Oracle, down 8-1 in a first-to-nine series, reeled off eight consecutive victories, taking the last one by 44 seconds, and at the same time, America’s heart. Alas, sailing soon faded away, now existing only in small pockets across the nation. One such pocket exists in Redwood City.

It is here that Andrew Huang, a Paly student, began his sailing career, which he hopes will be a ticket to future opportunities. Huang, who always loved being out in the water, decided to pick up sailing out of the blue.

“I was always messing around with boats, or surfing, so one day I just decided I may as well learn how to formally sail,” Huang said.

However, when he went to his first practice in 2012, he was immediately captivated by the sport.

“My first time on the trapeze of a 420 was super fun; I wanted to keep doing it because it literally feels like flying,” Huang said. “It’s hard to explain. It’s like controlled chaos, if that makes sense. It’s the best feeling in the world to feel like you’re flying almost parallel to the bay, with the spray all over your body while going 20 miles an hour across the water.”

Every day after school, Huang commutes to the port of Redwood City with several other teammates to engage in the competitive sport. Huang personally sails the C420 class dinghy, a double handed craft manned by two people. The 420 title comes from the length of the vessel, a miniscule 4.2 meters. The dinghy, a spinnaker sloop rig, is equipped with a mainsail, jib and a spinnaker,which  is essentially a giant parachute sail for going downwind.

Huang spends much of his time intensively preparing for sailing competitions called regattas. These are held across the nation during the course of the year, though most frequently over the summer. Especially competitive regattas draw the attention of sailors across the world, and bring out a crowd whose numbers rival those of a professional competition.

“The most notable ones for amateur sailors are Nationals, North American Championships and Buzzard’s Bay,  where top sailing teams in nation and talented individuals come to compete,” Huang said. “It’s very stiff competition. You look at the start line and there are so many people the start lines like half a mile long. The margin of error is also miniscule, to a point where it’s almost intimidating. If you mess up once you go behind 50 boats.”

Regarding the intense competition, Huang feels that it detracts from the overall sportsmanship. However, in order for the sport to succeed it is a necessary evil.

Without the proper mindset in races, Huang recognizes that he can’t succeed. Even before the race starts, the sailors already attempt to beat each other to the line.

“You always have to be moving back and forth and around to jockey a good position,” Huang said. “[You have to] put yourself in the best condition to make sure you’re moving at full speed by the time the pistol blows.”

“I’ve made lots of friends within the community and it’s really a niche sport,” Huang said. “The people you do know you get to know very well. You see them all over the place at regattas, which is pretty cool. Everyone in sailing feels like extended family.”

Huang also values his teammates and coaches. His first coach, Molly Vandemoer, sailed in the London 2012 Olympics, just before she came to coach PYSF with Huang.

“She was the first coach who really got me excited about sailing and taught me all the fine details about the sport,” Huang said.

With regards to his teammates, Huang values the time they spend bonding together. The sailing community has allowed him to form friendships with people from other backgrounds that he normally wouldn’t interact with.

“We spend several hours each day out on the water with each other, and you have to work well with the other person manning the boat,” Huang said. “In addition, we travel together, which builds camaraderie.”

Although there is a large sailing community, Huang still feels that sailing is a niche sport that most people either avoid or don’t know about.

“There’s a perception about those who don’t know about sailing that it’s sitting on a yacht drinking piña coladas,” Huang said. “Sailing is also super hard to understand. That’s the biggest reason why it’s a niche sport.”

Upon reflecting on how he has come to where he is in the sailing community, Huang regrets nothing about his past choices.

“I wouldn’t say sailing is my life, but is it a part of my life where I can be in the water, which is what I like to do,” Huang said. “Two of my favorite things to do are sailing and surfing, where I can get in the water. I like being able to go away from being a student and then fly above water. Also sometimes I look back and don’t know how I got myself so committed into this, but I’m okay with it.”