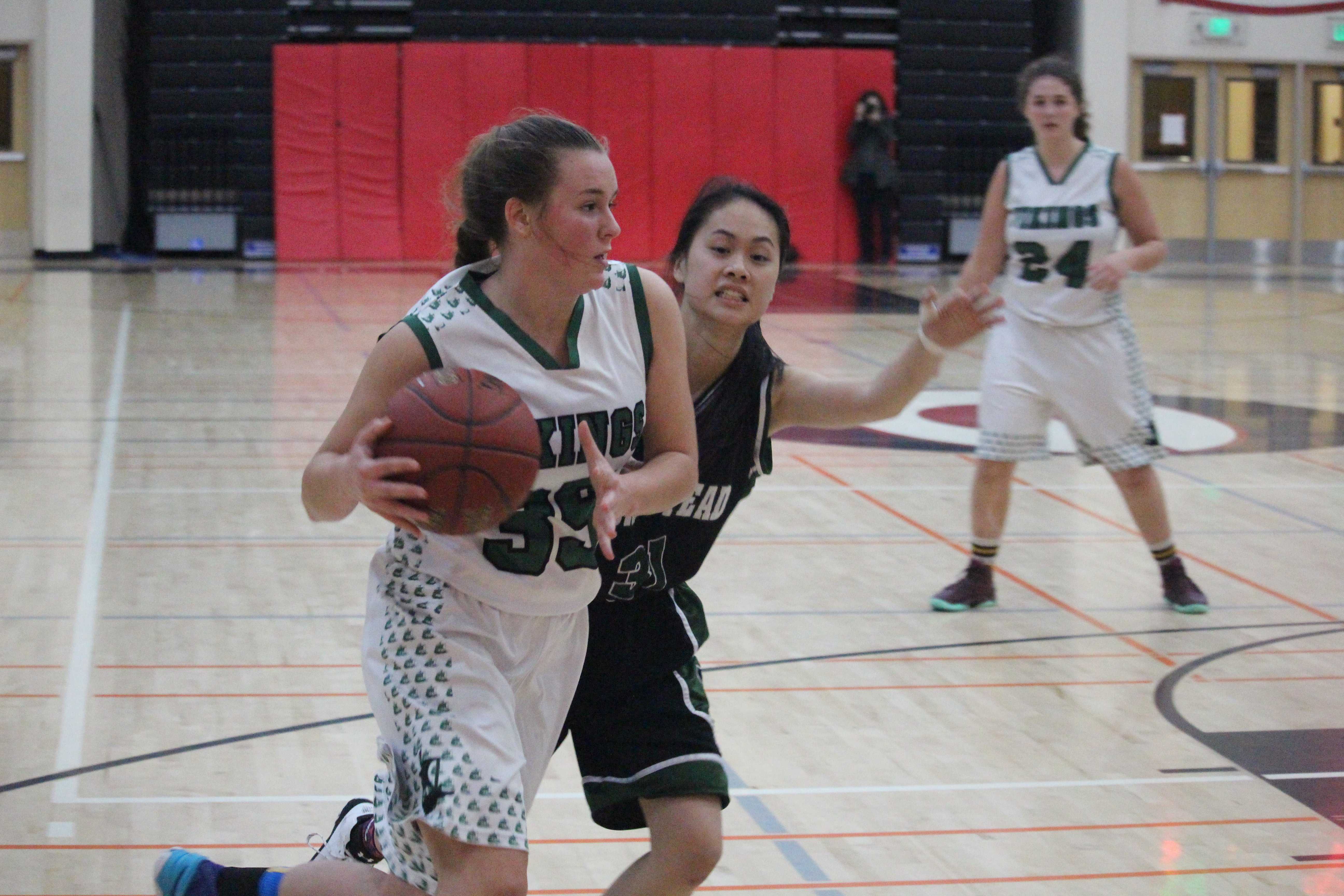 It comes as no surprise that the Palo Alto High School girls basketball team has maintained an 11 game winning streak. From the beginning of the season, the Vikes have proved they are a force to be reckoned with.

Much of their success this season can be attributed to the team’s chemistry and respect for each other. Senior Skylar Burris believes that the team is great at relying on each other to stay strong.

“Our greatest strength is our ability to lean on each other and stay mentally tough,” Burris said. “If we’re down or the game’s close, we always find a way to rally together and pull away with a victory.”

The goal for the team this year was to improve their team chemistry and reach the peak of their skills as quickly as possible in the season.  This would ensure a prosperous season.

“Our biggest goal this year was to peak in February,” said senior Lauren Koyama. “I think that doing really well in league has given us the momentum to perform well in playoffs. I know that the six seniors on the team want to go as far as possible in playoffs and hopefully states.”

Though the team needs to work on certain skills, senior Maya Lathi is proud of how far the squad has come.

“I’m really proud of how our team has played this season and how much we’ve improved,” Lathi said. “[However] we need to work on our defensive communication. Our greatest strength is probably in our offense [with our] great shooters and great drivers.”

The season has been particularly strong for senior Lauren Koyama who is proud of both her personal achievements and the team’s overall success.

“The best part of the season has been going undefeated in league,” Koyama said. “We did this my sophomore year, and it was great to be able to do it again. In addition, we have gone 8-0 against Gunn our entire high school career, so that was really fun too.”

The girls entered the Central Coast Section (CCS) playoffs on Feb. 25 in a game against Wilcox High School. They emerged victorious, setting a hopeful precedent for the rest of the tournament.

“I think we have the potential to win the CCS title and hopefully we can win a game in NorCals,” Lathi said. “The team will be losing a lot in terms of bodies, but I have confidence that the team next year will do well with the returning players. The best part of this season has been going undefeated in league and getting to know a ton of new players.”