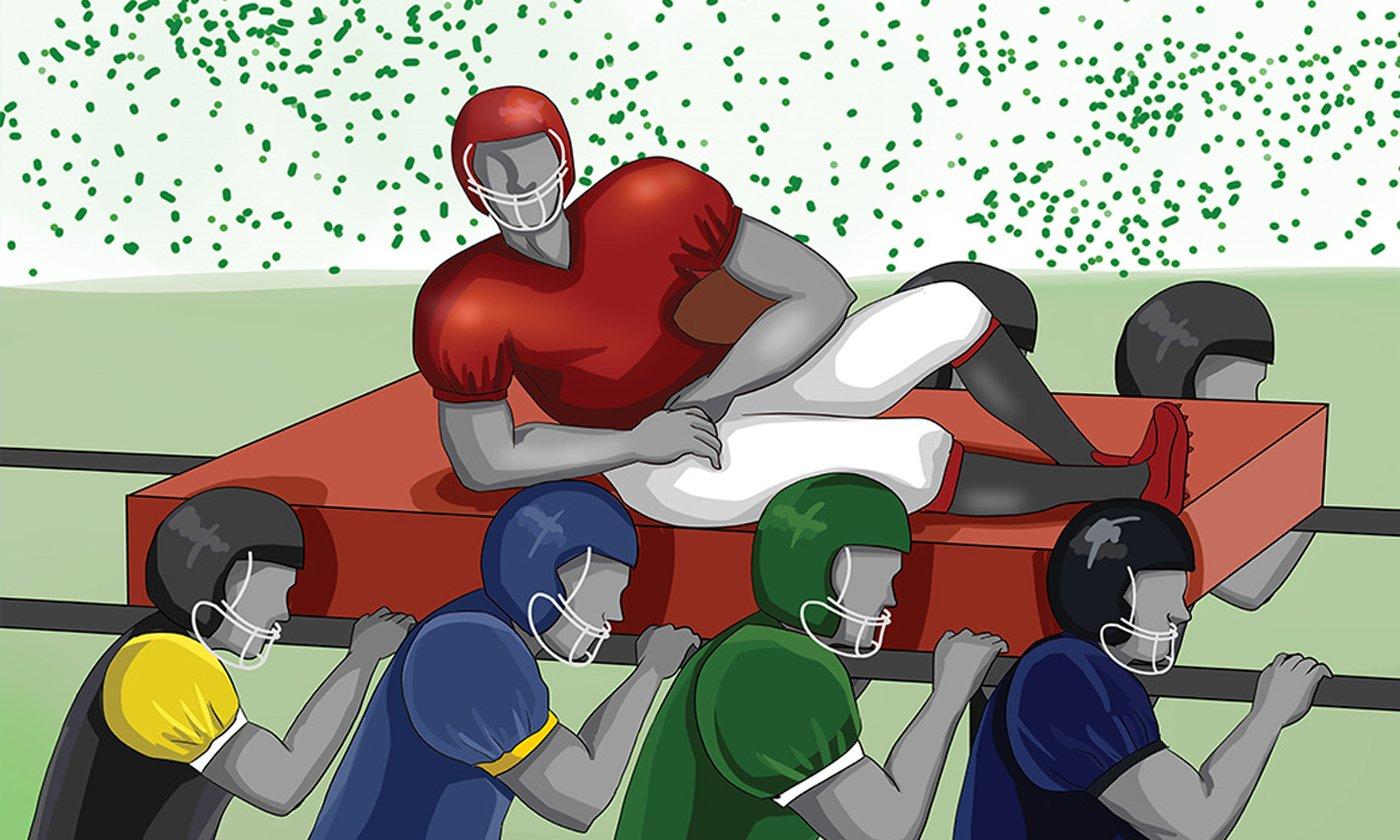 A COLLEGIATE COLD WAR: THE ARMS RACE FOR TOP RECRUITS

The numbers don’t lie; recruiting has proven to be the single-most critical factor for any college football team or athlete’s future success. The best recruiting programs tend to win more championships, and highly-regarded recruits are more likely to be drafted into the National Football League (NFL). In this year’s recruiting class rankings released earlier this month, the University of Alabama was unanimously recognized for the best class of recruits for the seventh successive year. Consequently, the Crimson Tide has appeared in five of the last seven championship games, winning three of them.

These trends expose how severe the imbalance of recruiting power amongst the top organizations stands, as well as how strongly this has affected the National Collegiate Athletic Association Football (NCAAF). From 2013-16, there were a total of 126 elite five-star recruits, but these same athletes committed to a mere 30 different schools. Additionally, out of 128 Division I Football Bowl Subdivision (FBS) teams, only 23 percent received at least one five-star recruit in those years.

Even amongst those top teams, however, there remains an acutely unequal distribution of strength. In fact, 16 out of the 30 top teams during this period received a maximum of two five-star recruits. The remaining portion, equal to just over one third of these times, averaged roughly one five-star player each year. Finally, at the top of the hierarchy of power lies teams such as the University of Alabama and the University of Southern California (USC) that average at least three five-star recruits per class.

Using the 247 Composite team rankings as an indicator for recruiting ability, only 16 teams have had a top-10 recruiting class in the past four years. Had there been a different group of teams each year, there could be as many as 40 teams. However, this limited number of teams provides further evidence towards how elite teams continue to dominate.

While this imbalance of recruiting power is explicit, discussion regarding whether it is beneficial to the NCAAF remains undecided. On one hand, the concentration of elite athletes on a limited number of teams creates an unparalleled level of performance and competition. After all, the best players commit to top teams to gain exposure from NFL scouts, and winning is the best way to achieve that. That being the case, the level of competition amongst players on the best teams is what makes these teams the most watched. It’s the same reason that stands fill out when top teams compete, and why bowl games receive more viewers than regular season matchups: seeing the most talented athletes in the country go head-to-head brings an all around level of gameplay other teams cannot offer.

Conversely, others argue that the current system requires amending, and that college football is meant to take place on an even playing field. In addition to the teams finishing with top recruiting classes benefitting, any others left out will become relatively weaker as a result. These effects have only exacerbated with time, leaving mediocre teams stuck in the dirt for consecutive seasons, besides the occasional boost from an emerging star or exceptional coaching. However, for the vast majority of football fans, the team they are associated with won’t be ranked, which will only discourage viewers and gradually contribute to a lessened interest in college football in general.

Regardless of whether fans like it or not, college football’s current recruiting system is here to stay. The schools finishing with the best records will more than likely be recognizable names from previous years, and the future will be no different. If you’re a fan hoping to root for a consistently winning team, I’d suggest either praying for a spark plug or moving to Alabama.