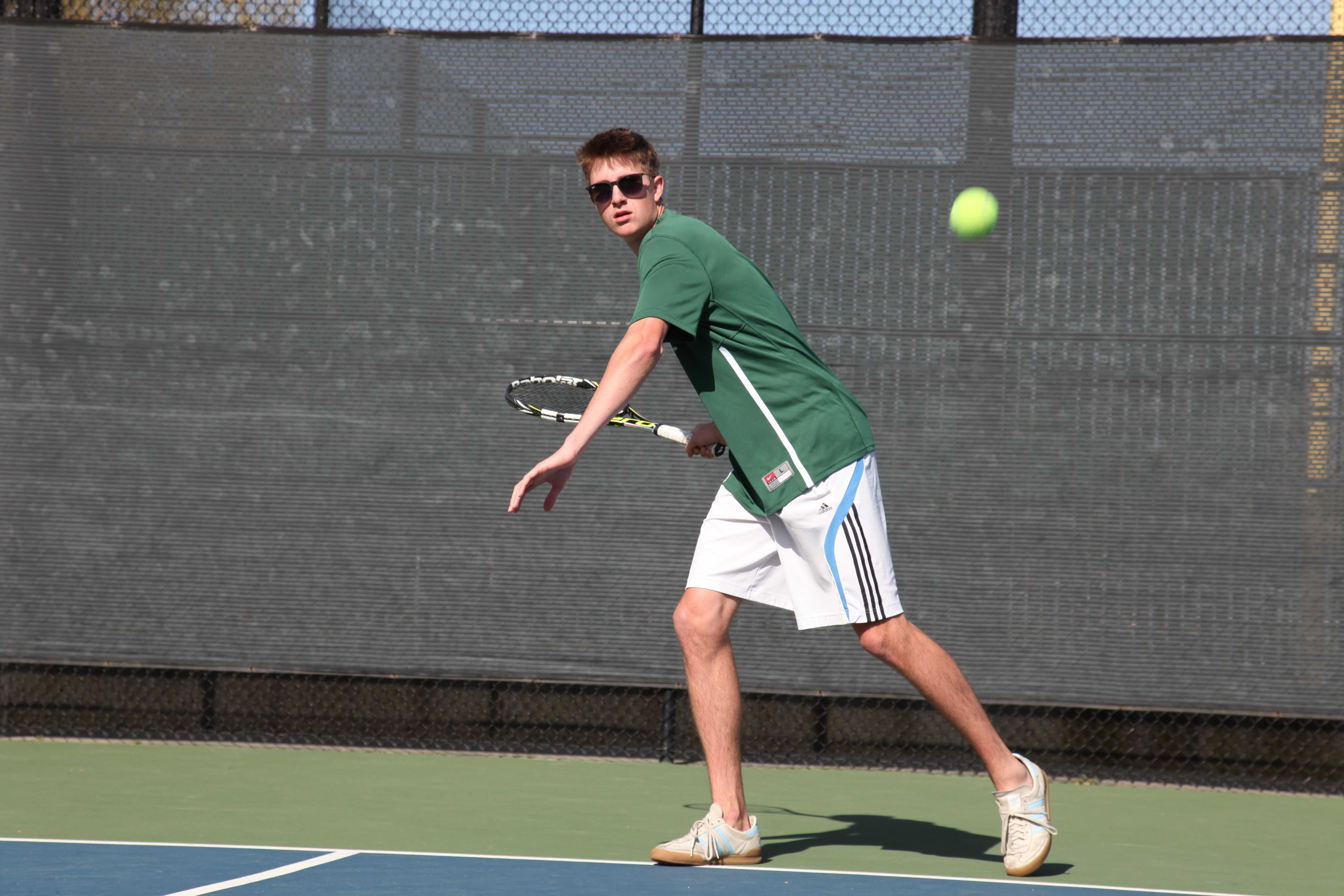 Ehecatl Rivera-Pinedo
Sports
March 29, 2017
The Palo Alto High School’s boys tennis team kicked off its season with an outstanding 6-1 win against Aragon High School on Feb. 22 and has been playing solidly through March. Currently at 4-4 in the Santa Clara Valley Athletic League (SCVAL) De Anza Division, the team is looking to earn some more wins and improve overall this season.

“Overall the team is looking to improve in several areas,” said junior Johnny Loftus. “We’re looking towards locking down wins and having a solid high singles lineup.”

Currently, the team has one freshman and one sophomore on its twelve man roster, an unusually low number of underclassmen on the varsity team. Additionally, the team lost several star players from last year, including captain Shiv Matta. This year the team is led by senior Noah Galper and head coach Andy Harader.

A highlight of the season has been the team’s trip to Fresno for their annual California Tennis Classic Tournament. The team showcased a very solid performance from both the singles lineup and doubles lineup. They were able reach the finals only to fall to Santa Margarita Catholic Prep.

“We had an outstanding performance,” Loftus said. “I felt that we connected very well and played as a single unit.”

Other high points of the season include a 6-1 defeat against Saratoga High School and a 5-2 win against Lynbrook High School away. Unfortunately, the team was put to the test after a 4-3 loss at Henry M. Gunn High School.

“It was a learning experience to play against them,” Shieh said.

The team has shown inconsistency throughout the past few weeks. They have lost about the same games as they have won. They have experienced many losses as well as many wins. The team is in the highest division in California and a struggle is expected.

“We are playing against a lot of people who are better than us but obviously we will be able to learn and get much better from these players,” Loftus said.

With lots of new players on the team, Loftus believes that there needs to be more chemistry amongst the players for the team to perform well throughout the season.

“We all don’t know each other very well but we are definitely going to improve as our team chemistry goes up,” Loftus said. “Our biggest goal is to work on playing aggressively but at the same time consistently.”