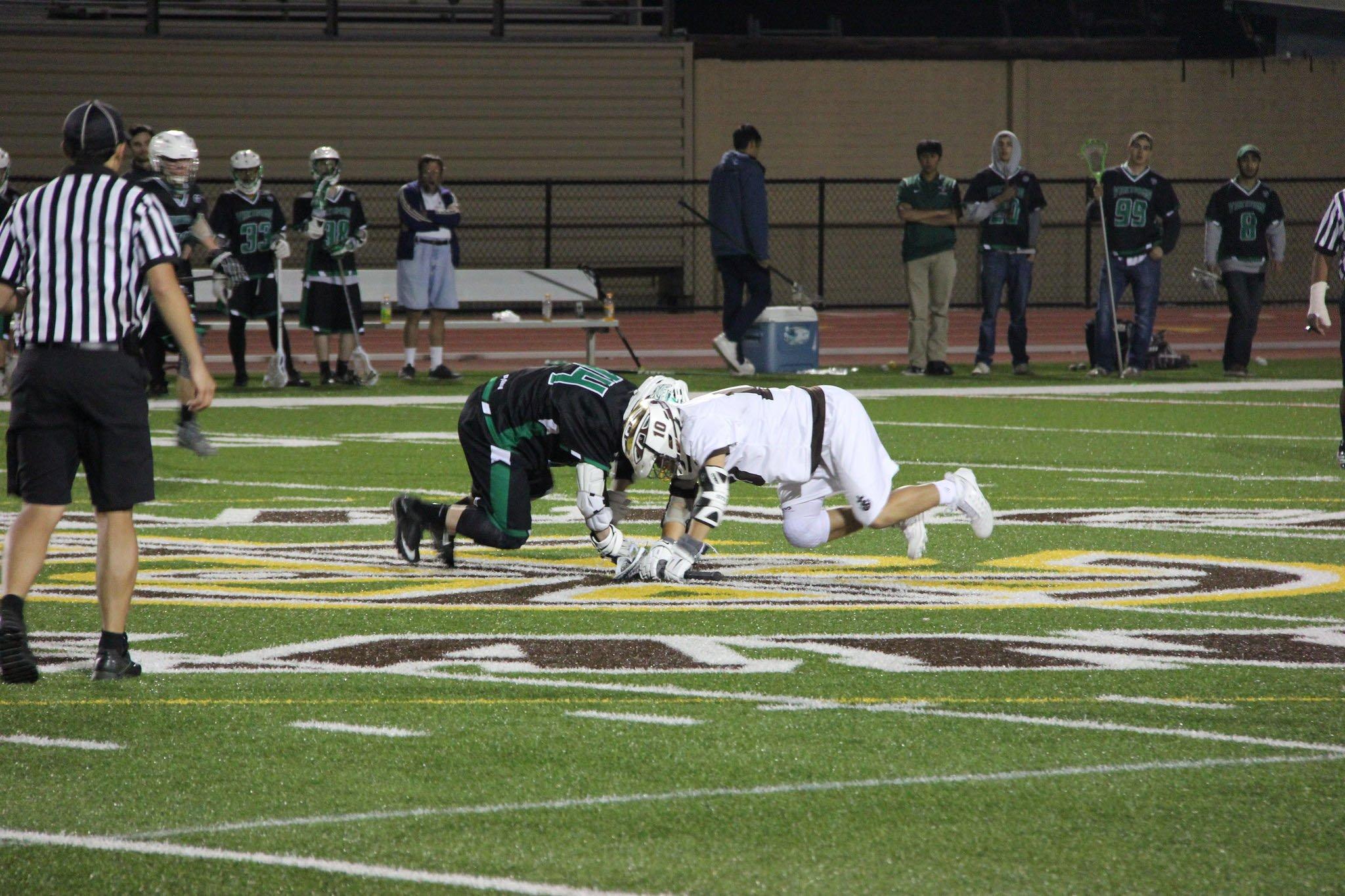 Senior Declan Flanders takes the face St. Francis High School at an away game, but unfortunately the Vikings lost with a score 14-7.

Vivian Feng
Girls Lacrosse
May 17, 2017
The boys lacrosse team is finishing the season on a high note after winning the Santa Clara Valley Athletic League (SCVAL) championships by a score of 17-6.

Since the beginning of the competitive season, the boys have been able to defeat every other team in their league at least once.

The SCVAL Championship and final game of their season was against  the Los Gatos High School Wildcats, and a hotly-contested rivalry has fostered between the schools.

Early in the season, the Vikings beat the Wildcats, but unfortunately lost in the subsequent match just one month later.

This hard-fought victory was celebrated by drenching their coach, DJ Shelton, with a cooler of water.

The Vikings’ last game before SCVAL was against Saratoga High School.

During the match, the Vikings asserted their dominance and crushed their opponents by a score of 14-5 win.

However, the triumph was of no surprise, since the team had beaten Saratoga in a regular season matchup.

These games do not count towards league results but serve as opportunities for improvement and as a better determinant for a team’s quality.

“I think the underclassmen have been able to build together, and I think what makes a good team is a team that functions well on and off the field.”

Although the Vikings had difficulty finding a challenging opponent within their league, when faced against teams that were non-conference, it became evident that there was still much room for improvement.

The score was tied after regulation, but in double-overtime, Serra score the tie-breaking point.

This stressful game was a troubling setback for the team, and it marked their first loss of the year.

As the Class of 2017 graduates, the lacrosse team will be losing a whopping 22 senior players.

However, the team remains optimistic about the upcoming season regardless of the loss of the powerful senior class.

The majority of the current junior varsity players that will move up to varsity next year are relatively skilled, so a great season is to be expected.

Additionally, these incoming players are proficient in maintaining team cohesion.

This is a vital theme for success across all sports but especially needed in lacrosse, where communication and cooperation are extremely prevalent.

Sophomore offensive player, Patrick McIntosh, spoke out about what he predicts for the upcoming season.

“I think the underclassmen have been able to build together, and I think what makes a good team is a team that functions well on and off the field,” McIntosh said.

Their last game was the SCVAL Championships on May 13.

Their definitive victory was the perfect end of an impressive season.