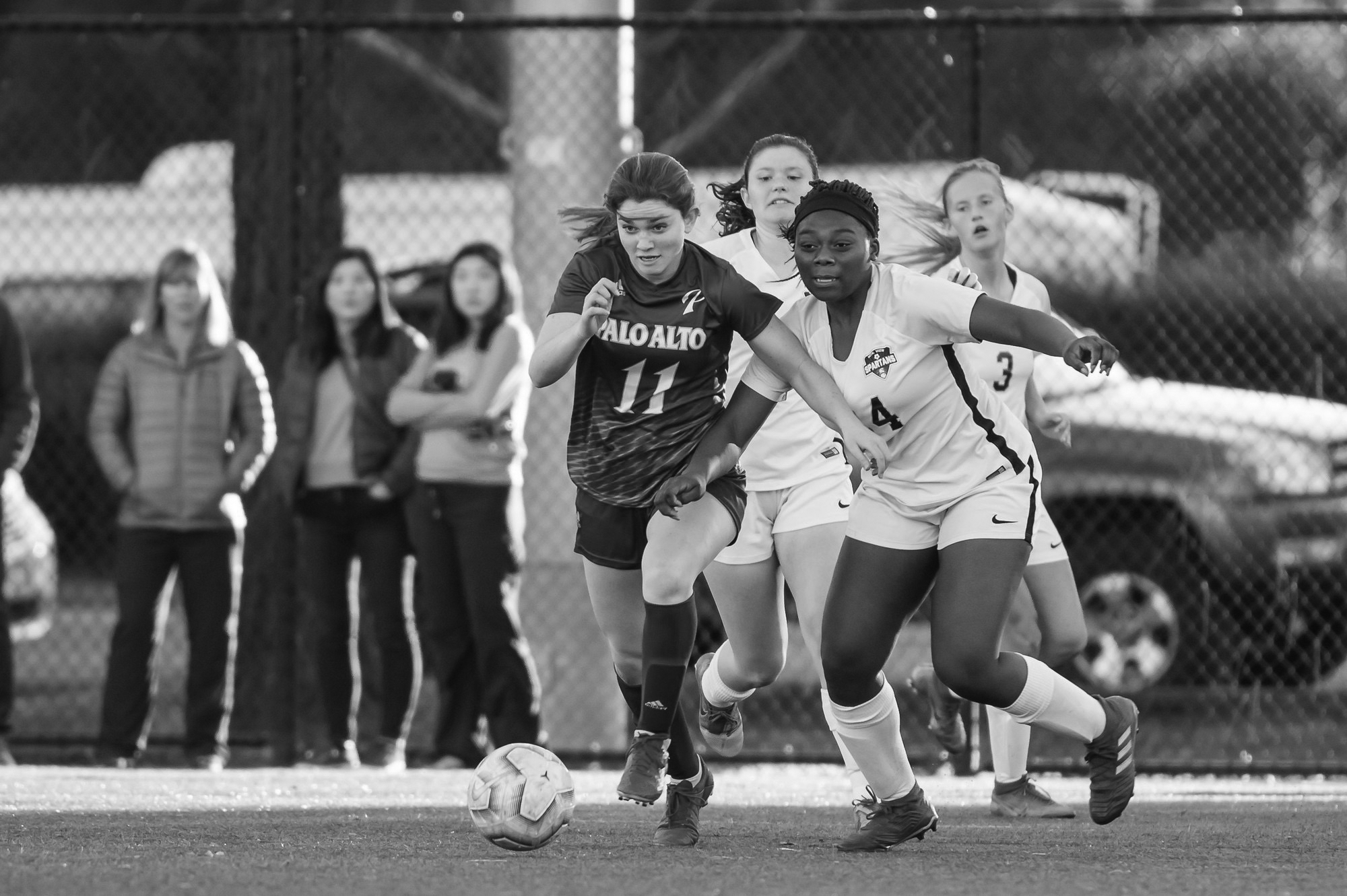 After tying seven of its first 14 games, the varsity girls soccer team and new coach Armando Luna are looking to make some improvements on their finishing.

“I think we’ve had a strong season, but ties aren’t going to get us to CCS,” captain and sophomore Brighid Baker said.

The team is coming off a 1-0 win against Los Altos on Jan. 24 with sophomore Mariana Kessinger scoring the only goal.

“There were a lot of good moments and bad moments, but overall we played well and we deserved to win the game,” Luna said. “It was a little tighter than it should have been as we had many other opportunities to score, we just didn’t capitalize.”

Missed opportunities have been a factor in the many ties, Luna said. The team has possessed the ball well and played good defense but this did not always reflected on the scoreboard.

Junior Hailey Hwang appreciates the new culture this year, and how everyone is willing to listen to each other.

“The seniors have been very accepting and good at incorporating everyone,” Hwang said.

Luna has been impressed with the team culture as well, and believes it will pay off in their play.

“A lot of upperclassmen are set in their ways but the group is open-minded and willing to try new things and accept new ideas,” Luna said. “Because of that they’re starting to play the way I would like them to play. The results will come along with that.”

According to Luna, the team’s strength is it’s depth.

Baker, in her first year on the team and as a captain, is impressed by the team’s mentality and  believes they can accomplish a great deal in the near future.

“We want to prove to everyone and ourselves that we are a great team and can make CCS,” Baker said.

The Vikings are playing Los Gatos on Wed. Jan. 29 at home.