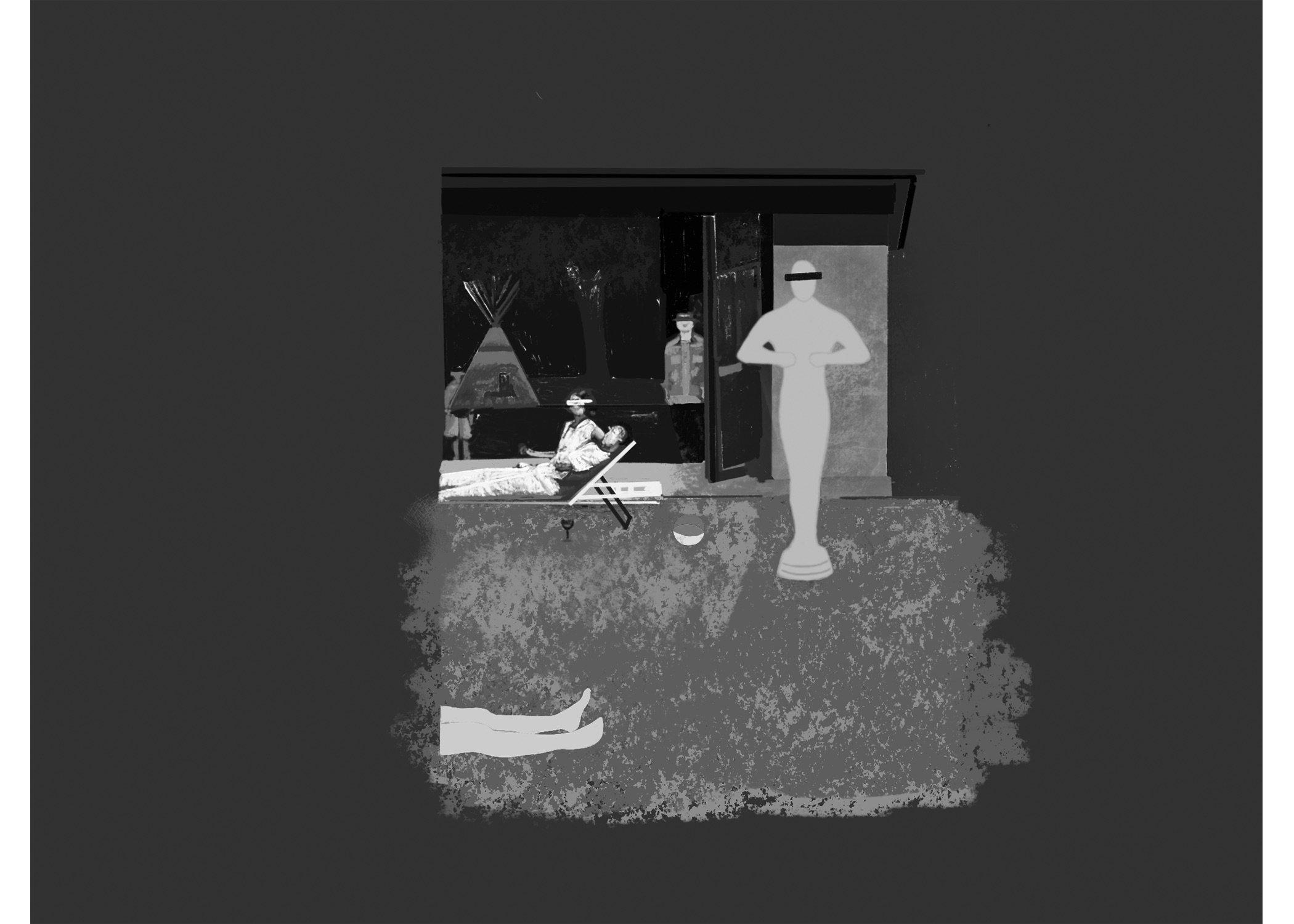 For the first time in Oscar history, a foreign-language film was crowned Best Picture this year, and President Donald Trump was quick to criticize the movie he hadn’t watched.

“And the winner is . . . a movie from South Korea. What the hell is that about?” Trump said at a rally last Thursday evening. “Was it good? I don’t know.”

nning the Palme d’Or (the equivalent of Best Picture) at the renowned Cannes Film Festival in May of last year. Director, writer and producer Bong Joon-ho (“Snowpiercer,” “The Host”) won every category Parasite was nominated for. Fueled by the critical acclaim, Parasite has grossed $48.9 million in the United States and Canada for a grand total of $210 million worldwide as of Feb. 23, 2020.

With so many English language Hollywood films dominating the theaters each year, some may find the act of reading subtitles more foreign than an entirely different language. Yet Parasite’s critique of South Korean class structure translates into American culture so well that one would be hard-pressed to misunderstand the premise of the film, even without the closed captions.

When the city sends fumigators to spray pesticides along the streets of the Kim family’s South Korean shantytown, Mr. Kim leaves the only above ground windows in their “semi-basement”apartment wide open in hopes of attracting the toxins: a free solution to the home’s staggering bug population. As the toxic clouds of pesticides waft through the home, the Kims’ pest issue has lessened, but the family is forced to sprawl on the living room floor, coughing on the fumes and fanning themselves with the cardboard pizza boxes they fold to earn a living.

The parallels drawn between the treatment of pests and of poverty-stricken Korean families are hard to miss; the hundreds of other extended metaphors also increase rewatch potential and provide an engaging “treasure hunt” of sorts. Be advised that the following review includes minor plot details, although no major plot points are discussed.

Directly after we meet the Kim family, Mr. Kim’s son, 20-ish-year-old Ki-woo, gets what is clearly his first-ever chance to climb the rungs of the social ladder when his best friend Min, an English tutor for the upper-class Park family, temporarily relocates to the United States, leaving his well-paying position behind. Ki-woo recognizes the once-in-a-lifetime opportunity, and armed with a photoshopped Harvard diploma, his friend’s recommendation and the alias “Kevin,” he travels by foot up the sloping urban sprawl to the well-off Park family’s contemporary showpiece of a home, nestled between meticulously manicured gardens on a hilltop overlooking the city.

Though comically unqualified for his new English tutoring position — helping teenage girl Da-hye Park — Ki-woo gets a chance to apply the smooth-talking skills he has adopted from everyday life as a scavenger in the bowels of the city. Using well-placed compliments to establish good relations with Da-hye’s mother, Mrs. Park, whose comfy position among the elite has left her naive to the determination of a young man struggling to ascend the class system, Ki-woo easily wins the Park’s trust. Leaving his first lesson with an unfathomable amount of cash in his pocket, Ki-woo reflects on his infiltration, and the ease with which the Parks accept him as a credentialed tutor. Attributing this to the stupidity of the wealthy, Ki-woo hatches a plan to fill the vacant spot of the Park son’s art tutor with his sister under an alias.

When this too succeeds, the Kim family sees the opportunity for a full infiltration of the Park household. Intent on installing each Kim family member into a different service-providing position, they start the process of embedding themselves into the lives and onto the payroll of the wealthy Park family, just as a parasite leeches from its host.

This process is exemplified by the “Peach Fuzz Ploy” scene, a five-minute montage of 60 short clips, spanning from the planning to execution stage of a plot by the Kims to remove the original housekeeper by exploiting her allergic reaction to peaches, thus vacating a spot for Mrs. Kim.

Subject to hundreds of video essays and critic reviews alone, the scene is a masterclass in the creative art of cinematography — from the studio lights perfectly angled to pick up enchanting golden peach fuzz particles, to Mr. Kim’s choreography (now a personal driver to the Parks) as he guides Mrs. Kim’s shopping cart across the screen, steering the conversation and Mrs. Park’s thought-process along with it.

All the while, the accompanying music guides the viewer, an aptly named original score entitled “The Belt of Trust” which impressively sounds like a classical composition from Vivaldi’s Four Seasons.

As the music swells, the “Peach Fuzz Ploy” ends with the audience witnessing the fruits of the Kim’s labor: Mrs. Park dismisses the housekeeper over a fear propagated by the Kims that her illness is far worse than an allergic reaction.

“The Peach Fuzz Ploy” is more than well-edited eye candy: it also gives the audience a false sense of security.

As thunder crashes and rain starts to pour, the old housekeeper returns, revealing an eerie secret that turns the plot on its head and triggers the characters to begin violently spinning out of         control.

The film begins to derail as well. While the cinematography is consistently stunning, the plot gives up on measured pacing and genuinely funny moments as it goes “all in” on a horror movie-esque ending which is best left unspoiled.

At best, you will stare at the rolling credits in confusion as you try and process the last minutes of the film.

At worst, Parasite leaves you with a sour taste in your mouth — one that takes away from an otherwise awe-inspiring performance.