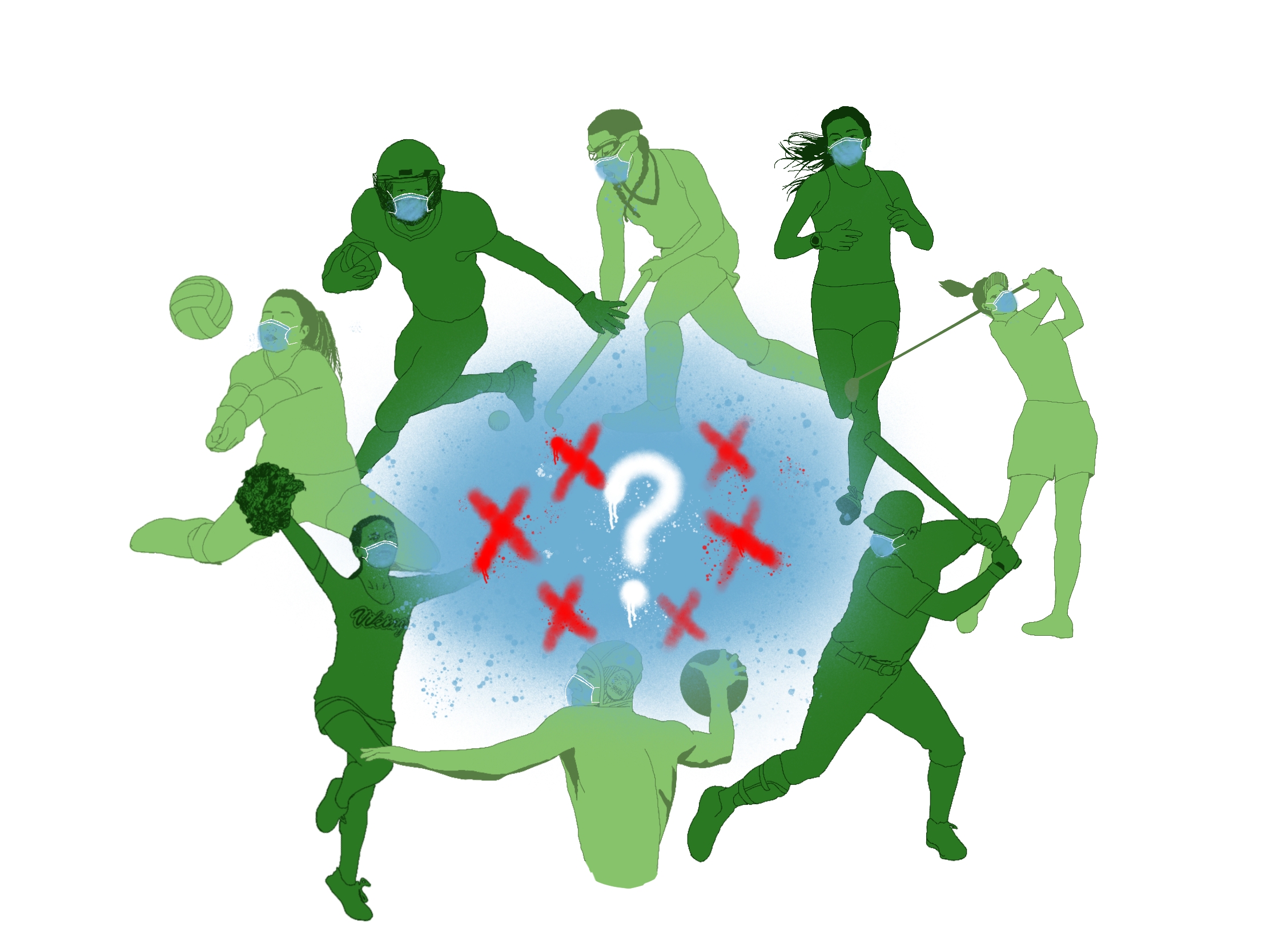 It is winter and the fall season has yet to begin. Santa Clara County’s move to the Purple Tier stopped preseason training in its tracks. Guidance from the California Department of Public Health currently bars sports from beginning. So, what will Paly sports look like this year?

In short, nobody really knows.

“We are in somewhat of a wait and see mode,” commissioner of the Central Coast Section of the California Interscholastic Federation David Grissom said. “There are a myriad of possibilities that exist.”

According to Grissom, this “myriad of possibilities” is dependent on ever-changing guidance and information from the state and the CDPH. As of now, their guidance is leaning towards further postponing sports seasons or canceling them altogether.

“As long as the current guidance from the CDPH is in place, practices are not permitted,” Grissom said. “We have been under the belief that this guidance would change, but given that the vast majority of counties have re-entered the Purple Tier, that is unlikely at this time.”

This re-entering of counties into the Purple Tier led to an immediate end to Paly’s preseason training that began in mid-September.

Preseason training was conducted under strict guidelines and regulations, and now even those highly regulated practices have been paused until at least Dec. 7.

This leaves a small, one week window of last minute training before the official start of the fall season on Dec. 14, a date that remains in place despite many counties moving into the Purple Tier.

“This date was set for season one in July and has not changed,” Grissom said.

Yes, the CDPH currently prohibits practices. Yes, the CIF plans to begin official practices on Dec. 14. No, you did not read that incorrectly.

Even if the CDPH alters its current guidance, allowing for the fall season to begin on Dec. 14, the district may prioritize safety and further postpone the season.

With such a possibility in the balance, it is also important to address the fact that some sports can train safely under COVID regulation, begging the question, how will these sports that can be played safely be affected by the postponement or cancellation of other sports that can not?

“If one sport doesn’t play, what does that mean for the other ones?” Athletic Director Nelson Gifford said. “The CIF made the decision we are all going to do this all at once, we’re all in this together.”

This “all in this together” approach essentially means all sports go back or no sports go back, despite some sports being much easier and safer than others to play during COVID ― most notably, golf.

“Golf is the one sport right now that you can play full out with no changes; it’s the perfect physically distant sport,” Gifford said. “You’re not sharing equipment, you’re far away from people, you’re in an open area with small numbers ― it’s perfect.”

This year, golf and wrestling both have spring seasons, putting the idea of “we’re all in this together” seriously on the line. Is it fair if wrestling, an indoor, purely contact sport gets its season cancelled or postponed, that golf, the “perfect” Coronavirus sport, meets the same fate?

This plan is neither confirmed nor final, however. According to Grissom, new guidance from the state and CDPH could lead to an altered or altogether different plan for beginning seasons.

“The results of the new guidance could allow for a plethora of scenarios, including having some sports start while others do not,” Grissom said.

Should the CIF take this course of action and allow some sports to begin as scheduled and others not to, there are a number of factors in addition to safety that may influence their decision as to what those sports actually are, such as economics.

Stanford, for example, cut 11 of its varsity sports, including the individual, masked and gloved sport of fencing, in the name of the Coronavirus, yet kept football.

“If you ask yourself, why is Stanford so focused in on playing football, it’s not because of their charitable hearts,” Gifford said. “There’s clear economics involved.”

Still, Gifford said that safety will be the number one priority when deciding what sports, if any, get to return. But with safety in mind, Santa Clara County’s return to the Purple Tier points to an uncertain, possibly non-existent future for sports this year.

“If the numbers remain the same and the restrictions aren’t lifted then we won’t be able to play,” Gifford said. “That’s just the reality.”