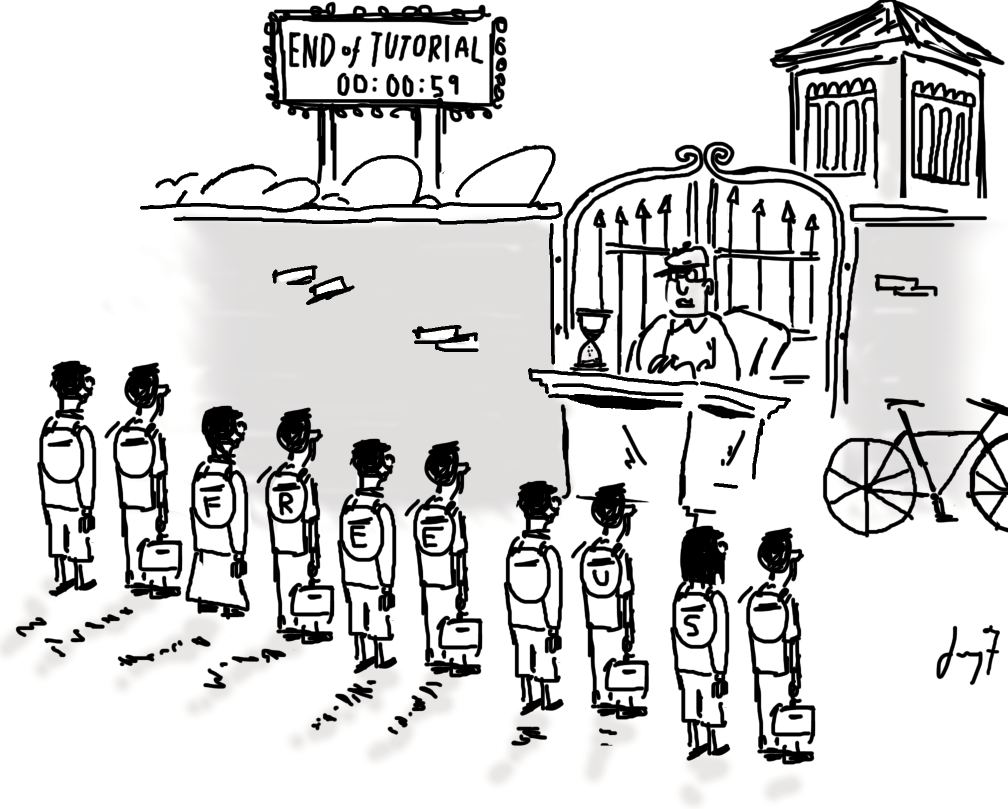 Tutorial time should be redistributed

Claire Dennis
Opinion
November 20, 2015
Eager freshmen are always quick to ask: “Do I have to go to Tutorial?” Every year, upperclassmen generally respond that Tutorial is a gift of time, but one that can be used however students see fit. And for the past five years, that advice has been true. This year, however, that response no longer suffices.

Following a recent review by the Western Association of Schools and Colleges (WASC), Tutorial has undergone numerous changes. WASC’s action plan, completed in February, suggests that Paly administration “reconsider use of Tutorial time to maximize learning opportunities for students and teachers on campus.”

This suggestion has manifested itself in the now-mandatory “Tutorial 2.0.” Students are assigned a teacher to serve as their “Tutorial teacher,” whom students must check in with during the last 10 minutes of Tutorial in order to be marked present. Some administrators even act as guards, patrolling exits to ensure that students do not leave campus early.

The now-stricter attendance policy was implemented per the suggestion of WASC, since Paly needs to enforce attendance in order to consider Tutorial time a part of state requisite instructional hours. However, to improve the Tutorial experience for students, Paly should redistribute Tutorial time throughout the week so that the 65 minutes every Tuesday can be an optional resource for students who wish to utilize it.

Instead of 65 minutes of required Tutorial, the minutes should be broken up across the block periods. If the Paly administration added five minutes to each block period, there would be 70 additional instructional minutes per week, which would account for the lost time incurred by an optional Tutorial. This relatively simple change creates 95-minute and 100-minute block periods, which are only slightly longer than classes currently.

While the Tutorial 2.0 system is less than ideal, the concept of Tutorial should continue. There should still be approximately an hour of Tutorial time on Tuesday afternoons, but it should now be optional for students to attend. Students benefit from the ”gift of time” in which they can seek help from teachers, complete homework, make up tests or participate in other miscellaneous activities. But, if Paly completed the requisite instructional hours, Tutorial could offer additional flexibility. Those who want to work productively could stay, while those more interested in socializing would have the freedom to leave.

Seniors are just one year away from entering college, a significant leap in independence. In the future, they will have more freedom to decide where and when they want to complete schoolwork. Thus, guarding the school exits during Tutorial does not truly prepare students for the next step in their educational journey. Furthermore, placing guards by exits contradicts Paly’s open-campus policy. Why is it that during any other period of the day, students are able to walk on and off campus as they please, but during Tutorial, the school is on lockdown? Though students do receive punishments for truancy in regular classes, they do not encounter guards. This step seems backwards when Paly aims to promote student independence.

Additionally, students forced to remain on campus can easily become disruptive, disturbing those who genuinely want to work. The library and Media Arts Center, two top study locations on campus, get packed during Tutorial. Paly administration suggests that “sitting under a tree or at a picnic table is another great option,” however, studying outside does not offer the same resources such as computers, printers or textbooks. In a new optional Tutorial, students who benefit from a quiet workplace such as the library can stay, while students who want to work off-campus can do so as well.

Tutorial is a supposed “gift of time.” With the current system, that gift comes with several disclaimers, strings attached and some small print. By reallocating Tutorial time across the week to meet instructional hour requirements and reinstating optional Tutorial time, Tutorial can be the true gift it should be.