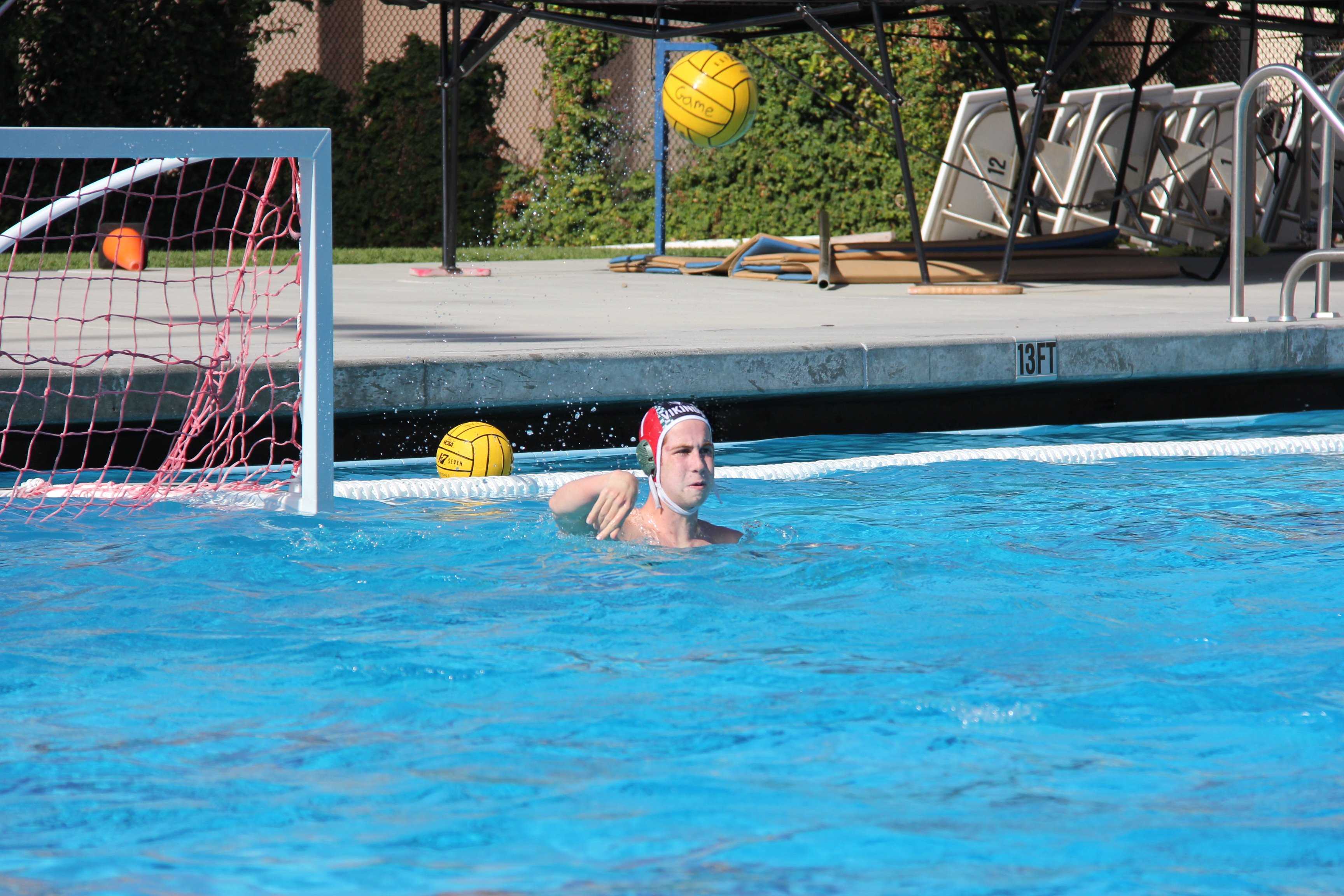 Ready to power through the rest of the season and determined to secure a high position in the Santa Clara Valley Athletic League (SCVAL) standings, the boys water polo team strives to maintain a positive mindset for their upcoming games.

At the team’s first game against crosstown rival Henry M. Gunn High School, the morale-booster of the beginning of the season, the boys won by a single point (10-9). Its recent game against Gunn, however, was not as rewarding, and resulted in a 4-8 loss on Oct. 5.

Jackson Stefanski, junior goalie, said the game was a struggle for the team.

“We saw the mistakes we were making,” Stefanski said. “We knew what we had to do, but we were just having trouble executing.”

Rapperport said the team was able to regroup near the end of the game and work together. “It just frustrating that we weren’t able to play with the same intensity the entire game,” Rapperport said.

Rapperport says, however, that the team has high hopes for the end of the season.

“We really want to win out for the rest of our leagues. So when we go into the SCVAL tournaments, we could get a high seating and get into Central Coast Section (CCS).”

If the boys are able to win their next four games as well as SCVAL games, Rapperport said there is a good chance of entering the CCS tournament.

“I know that we can win [SCVAL] tournaments,” Rapperport said, speaking on the basis of how the team is doing thus far.

The SCVAL tournament occurss during Spirit Week, where the boys will take a shot at qualifying for CCS. The team hopes to redeem itselves at the tournament, according to Rapperport.

“We’re hoping [these games]will get us back on track to win CCS and put a positive note on the end of the season,” Stefanski said.

On reminiscing about the season thus far, both Rapperport and Stefanski said it was an enjoyable season.

“It’s been fun. I really like my teammates, and our coach is great.”

“It’s kind of disappointing because some of the games that we lost, we definitely could have won,” Rapperport said. “That was a bit frustrating. But overall, it’s been an awesome season with a really fun group of guys. It’s been one of my favorite seasons at Paly.”

Junior varsity won its game against Lynbrook High School 8-3, and will have their last game on Oct. 19 against Monta Vista High School.

Practices and games were cancelled for all teams due to poor air quality from the wildfires up north during the week of Oct. 9, but the varsity boys will play their next game against Soquel High School this Saturday.